Quite a few cryptocurrency firms have been seeking to capitalize on the bullish sentiment with IPOs. They are lining themselves up for public listings amid the market’s positive atmosphere to capture some of the value. One of the most prominent examples is the Coinbase IPO.

According to Bloomberg, as many as eight firms are eyeing IPOs in the near future. These companies are attempting to seize the fervent sentiment to expand – reminiscent of the ICO boom that occurred in 2017. The crypto-entities that have filed for IPOs span a range of services within the industry. Besides exchanges, which have been heavily ramping up their expansion efforts, mining equipment companies are jumping into the mix as well.

Bitmain Technologies, Bitfury, eToro, Gemini Trust Co, and MicroBT are among those considering going public. The IPO market of 2020 was phenomenally successful, with the number and total sum raised reaching the highest point in years. This occurred despite a particularly tough year for financial prosperity.

In 2020 alone, over 450 IPOs raised over $156 billion. The last time public listings were so prevalent was during the dot-com bubble in 2000. However, compared to most dot-com companies at the time, many of these cryptocurrency firms already have strong financial backings and are well-established in the sector.

Some analysts have been viewing the cryptocurrency market and its related IPOs with the same bubble sentiment. The meteoric rise of the cryptocurrency market since hitting a low point in March 2020 has drawn double the concern. Volatility remains one of the primary concerns of investors who are on the fence. Bitcoin’s price has swung wildly in the past month with investors taking profit at $40’000 levels. The number of holders and wallets with 1 BTC has increased, however. 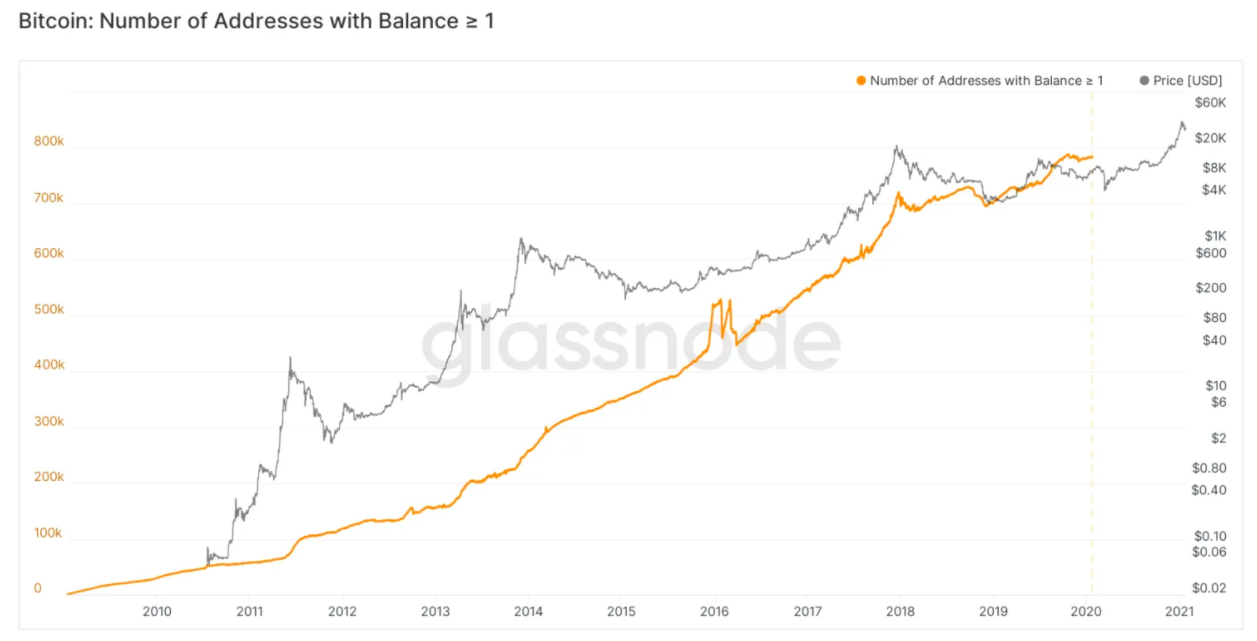 The firms themselves seem unfettered, gladly willing to go public even as the market is at a high. There is a strong indication that the IPOs will be heavily subscribed, with some valuations reaching tens of billions of dollars. Not all of these companies will go public, but the fact that the interest has never been higher is striking. While some mainstream investors continue to avoid cryptocurrencies, there has been a visible migration of incumbent hedge funds into crypto.

All Eyes on Coinbase IPO

Among these, Coinbase has garnered the lion’s share of headlines. The exchange may opt for a direct listing instead of an IPO. Valuation for the company is high, with a pre-IPO futures contract putting it at almost $75 billion. Volumes on Coinbase have also gone up, with 24-hour trading volumes just under $2.8 billion.

Coinbase appears to be intent on complying with regulation, taking several steps to ensure that it does not land in trouble. In addition to delisting XRP in light of an SEC lawsuit, it has also partnered with TaxBit to make tax reporting easier.