The Bitcoin Blockreward is halved every 4 years, which leads to lower inflation.
In May 2020 the time for a halving has come again. The fee miners receive to secure the network in the form of newly created Bitcoins is halved to 6.25 Bitcoin per block.

This is laid down in the Bitcoin protocol. This fee is halved every 4 years, hence the term “halving” (sometimes also the term “halvening is used). Thus the number of newly created Bitcoins is reduced until the maximum amount of 21 million Bitcoins has been reached in 2140 and no more Bitcoins are created.

The Bitcoin is a limited digital good, similar to silver or gold. See our article (Bitcoin – a currency with clear rules). When Bitcoin was launched in 2009, the initial reward for mining was 50 BTC. In November 2012 it was 25 BTC and by July 2016 it was 12.5 BTC.

As with other types of assets, the Bitcoin price depends on supply and demand. Due to “halving”, fewer Bitcoins come into circulation and supply becomes scarcer. The issuing speed and the inflation rate, respectively, are increasingly reduced. In the medium term, this fact should basically have positive effect on price. 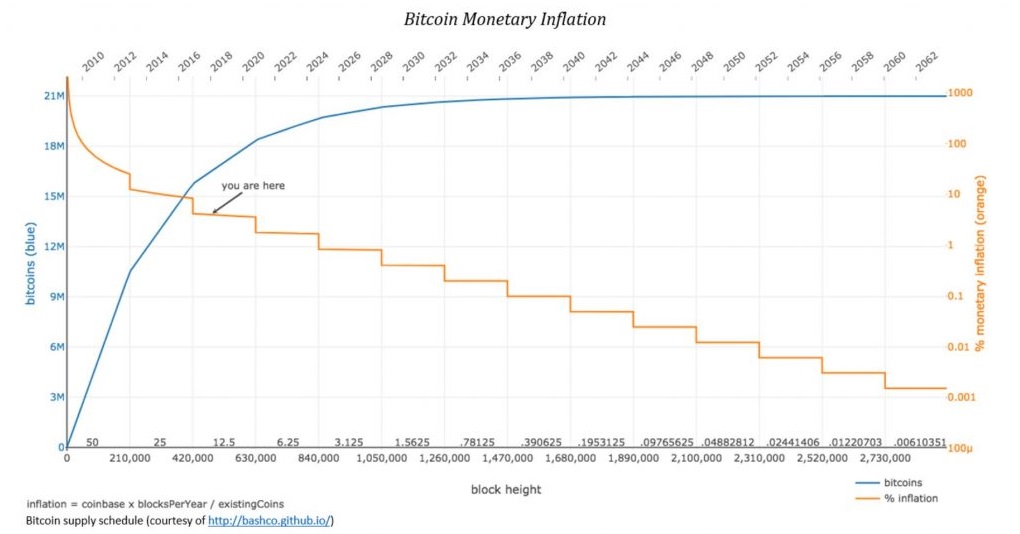