Ethereum uses the internal cryptocurrency Ether (ETH) as a means of payment for transaction processing, which is handled by participating computers. The Ethereum whitepaper was published in late 2013, and the project was officially announced at a Bitcoin conference in early 2014. Vitalik Buterin, co-founder of Ethereum, began designing the protocol due to some limitations in the Bitcoin protocol. Ethereum was officially launched in mid-2015 with the informally stated goal of supporting “unstoppable applications.”

The Ethereum Foundation, founded in 2014, is an Ethereum-focused nonprofit organization dedicated to research, core protocol development, and Ethereum ecosystem growth. The Ethereum Foundation oversaw the Ether crowdsale in July 2014, and the current Ethereum Blockchain (ETH) was forked from the original Ethereum Classic Blockchain (ETC) in a “hard fork” on July 20, 2016. This hard fork was initiated after a bug in the smart contract of Ethereum’s Decentralized Autonomous Organization (DAO), which resulted in 3.6 million Ether being stolen. Since then, both blockchains have continued to operate under their respective names. The majority of DeFi applications are also based on Ethereum.

New Ethers are generated via mining rewards. The original reward was 5 Ether per block. In the meantime, the reward has already been reduced 3 times via “hard forks”. Currently the reward per block is 2 Ether. The offer number of freely available ethers listed on the left was reduced by 500,000 ethers by Messari.io due to the “parity multisig error”.

Ethereum Improvement Proposal (EIP) 1559 is expected to “burn” some of the fees, which would lead to deflationary pressure. With the future network update “ETH2”, Ethereum is also switching from Proof of Work to Proof of Stake, so mining will be replaced by “staking“.

The dominant area is “lending”, which takes place in exchange for securing crypto assets. The way DeFi projects usually work is that lenders provide capital in the form of so-called stablecoins, which are usually tied to the value of the U.S. dollar. On the other hand, borrowers take out “stablecoin” loans by providing collateral in the form of Ether or another digital currency. 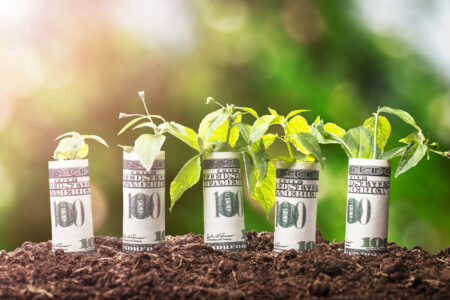 Sustainable investing according to ESG standards has gained popularity over the years: is the crypto industry compatible with it?

The revelation of a 10 billion deep balance sheet hole and FTX’s subsequent bankruptcy filing shook the entire industry. An overview.