Ethereum uses the internal crypto currency Ether (ETH) as a means of payment for transaction processing by participating computers.

The Ethereum white paper was published in late 2013 and the project was officially announced at a Bitcoin conference in early 2014. Vitalik Buterin, co-founder of Ethereum, started designing the protocol due to some limitations in the Bitcoin protocol. Ethereum was officially launched in mid-2015 with the informally declared goal of supporting “unstoppable applications”.

The current Ethereum Blockchain (ETH) was split off from the original Ethereum Classic Blockchain (ETC) in a “hardfork” on July 20, 2016. This hard-fork was initiated after an error in the Smart Contract of the Decentralized Autonomous Organization (DAO) of Ethereum, which resulted in 3.6 million ethers being stolen. Since then, both block chains have continued under their respective names.

Also, most of the DeFi applications are based on Ethereum.

DeFi is an abbreviation for the term decentralised financing. In general, it refers to Ethereum-based applications (DApps) that offer financing in form of Smart Contracts against collateral in form of crypto-assets.

Blockchain interoperability and the Ren Protocol

What is EIP-1559 and can it help Ethereum become deflationary? 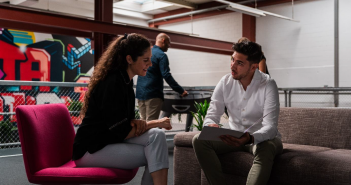 By 2028, Switzerland will need more than 117’000 new skilled workers in the field of information and communication technologies (ICT).…