The People’s Bank of China (PBoC), the Chinese central bank, plans to use their digital yuan during the 2022 Winter Olympics in Beijing. It could be the first test for China’s central bank digital currency (CBDC) with international users.

With the increasing adoption of crypto-assets, central bank digital currencies (CBDCs) have once again become a prominent topic. While the Federal Reserve in the U.S. is still in the planning stages, China has already conducted its first pilot programs for the digital yuan.

At the Winter Olympics in 2022, foreign athletes and visitors will also be able to use the digital currency for the first time. In an interview with CNBC, an official from China’s central bank revealed that there is still no concrete timetable for a nationwide rollout. Instead, he said, the People’s Bank of China (PBoC) needs to increase the scale of its pilot projects and strengthen the underlying technological infrastructure first.

The Chinese government hopes the second trial will cement the e-yuan as a pioneer among national digital currencies. It could mark the first major step toward a cashless Chinese society. In recent months, the second trial phase of the digital yuan has begun.

1.9 million people have applied to receive the e-yuan. The experiment is double the size of the first test in December 2020. This is widely considered a success, and has served as a launchpad for the new offering. At the time, the government selected winners through a lottery system – in which applicants could participate for free.

In February, China’s central bank sent 200 e-yuan credits to a few hundred thousand randomly selected citizens via an app. Beijing and Suzhou alone have distributed 200’000 “lucky red packets” in a public lottery. The digital money can now be spent at well over 10’000 stores. The free credit was given an expiration date, and could be redeemed via the official app at selected stores in the city’s Futian district.

China’s strategy is to popularize the digital currency through city-level trials this year and next, and to have it operational by the time the country hosts the Winter Olympics in late 2022. The timetable puts Beijing well ahead of a host of national governments that are increasingly beginning to experiment with the idea.

The digital yuan is everywhere

According to a WeChat article by China Central Television (CCTV), the digital currency is being tested more intensively in the eastern Chinese city of Suzhou. Some officials have already been paid wages in e-yuan, and in Xiongan, 19 businesses (including McDonald’s) have begun testing programs. CCTV also believes that digital currencies could be used as much as AliPay and WeChat payments – China’s largest online payment systems – in the future. The two alone accounted for nearly 93% of all mobile transactions in 2019.

The bank says that digital currency is currently only being tested for small retail transactions. Rumours that the digital currency cannot be converted into banknotes also keep coming up. However, the bank clarifies that the digital yuan is a legally recognized means of payment that could be converted into banknotes at a ratio of 1:1.

The e-yuan is stored in an app – with a profile which is equivalent to a bank account. Payments should also be possible via NFC, and without an Internet connection. Like cash, the Chinese central bank’s tokens are denominated in fixed sizes, and assigned a serial number.

Since SWIFT payments for international banking transactions are dollar-based, they are subject to exchange rate fluctuations from the Chinese perspective. In addition, the U.S. has access to confidential transaction data and a sanctions instrument through it. This is not an entirely improbable scenario, as the exclusion of Iran, North Korea and Cuba from the SWIFT system shows.

Through the e-yuan, all transactions are processed through the national bank. It creates a massive data pot that can evaluate money flows and act with agility. The programmable digital currency makes it possible to control the spending of helicopter and other subsidies in times of crisis or to promote targeted consumption in struggling industries – as an economic stimulus.

The centralized system allows money flows to be tracked with little effort. Each wallet is linked to a cell phone number that can only be obtained with identification. The digital wallet can be remotely deleted at any time, based on a bad credit score or other conspicuous events. In addition to monitoring, the app also enables popular education measures by allowing maximum amounts of certain products and services to be set.

Not a “surveillance tool” according to PBoC

However, Yao Qian, the former director for the Digital Currencies Institute at the PBoC, denied that the digital yuan was ever intended as a surveillance tool. He reportedly clarified that China decided to develop the digital yuan merely as a countermeasure against the increasingly popular “private payment platforms” and to provide a state-owned alternative.

The digital yuan, he said, must strike a balance between protecting users’ privacy, and combating crimes such as money laundering, tax evasion and terrorist financing. That is the view of Qian, who is currently director of the Office of Science and Technology Supervision at the China Securities Regulatory Commission.

The former director made the above remarks during a panel discussion at the International Finance Forum in Beijing. His statements contradict claims made by Federal Reserve Chairman Jerome Powell in an April 28 press conference. Powell suggested that such a digital currency would not work in the U.S, and claimed that the digital yuan would allow the Chinese government to “monitor every payment in real time” – a fact that applies just as much to SWIFT payments.

No attack on the world’s currency

The PBoC is admittedly working with other central banks – including those of Thailand, the United Arab Emirates and Hong Kong – to explore the use of the digital yuan in cross-border trade. According to the deputy governor of China’s central bank, they are focusing on the domestic use of the digital currency first.

“Our focus is that we can first establish a very solid domestic e-yuan and build a healthy ecosystem. At the same time, we are working with our international partners. In the long run, we will hopefully be able to provide a cross-border solution.” – Li Bo, deputy governor of the People’s Bank of China (PBoC)

The internationalization of the Renminbi is a natural process, he said. The goal is to let the market choose what will ultimately facilitate international trade and investment. The market should decide which currency to trade with. Globalization is thus to become democratic – an unusual concern for the People’s Republic of China.

American officials are less concerned about an immediate challenge to the current structure of the global financial system. Instead, they are eager to understand how the digital yuan will be spent, and whether it could also be used to circumvent U.S. sanctions. 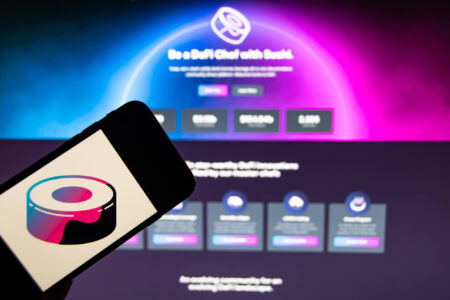