Lending tokens are off the highs reached over summer – Aave’s market cap has dropped from over USD 8bn in May to around USD 4.4bn in November. A number of factors could explain this fall from grace. However, the unstoppable forces driving innovation in the financial system cannot be ignored.

Action by securities regulators in New Jersey and Texas against CeFi platforms such as Celsius and BlockFi is unlikely to have helped. In addition, regulated DeFi market places/permission pools such as Aave Pro and Compound Treasury have not yet taken off despite the hype around institutional DeFi. However, the inexorable forces driving innovation in the financial system cannot be ignored. New developments continue in the DeFi borrowing and lending space. In October, Aave successfully ported into the Avalanche blockchain, where it reached USD 5B in Total Value Locked (TVL) and Aave founder Stani Kulechov recently tweeted that Aave Protocol is coming to Solana too.

In traditional finance, financial institutions such as banks and financing companies serve as intermediaries that facilitate borrowing and lending. In the crypto asset space, lending and borrowing is available through DeFi, (e.g. Aave, Maker, and Compound), or CeFi, (e.g. Celsius and BlockFi) protocols. The difference between the two is that while CeFi solutions use intermediaries and work similarly to traditional finance, DeFi cuts out the intermediaries by using smart contracts and creating money markets for available tokens. As of writing this article, Aave is the largest lender in the crypto asset space overall.

Aave was created by Stani Kulechov on May 1, 2017, with the aim of creating a decentralised peer-to-peer lending platform. The initial name of the protocol was “ETHLend”, and it was launched on the Ethereum blockchain with an ERC-20 token called LEND. Aave raised roughly USD 16m in its Initial Coin Offering (ICO), and had the idea to revolutionise lending and borrowing by creating a way for everyone to have equal access to financing. 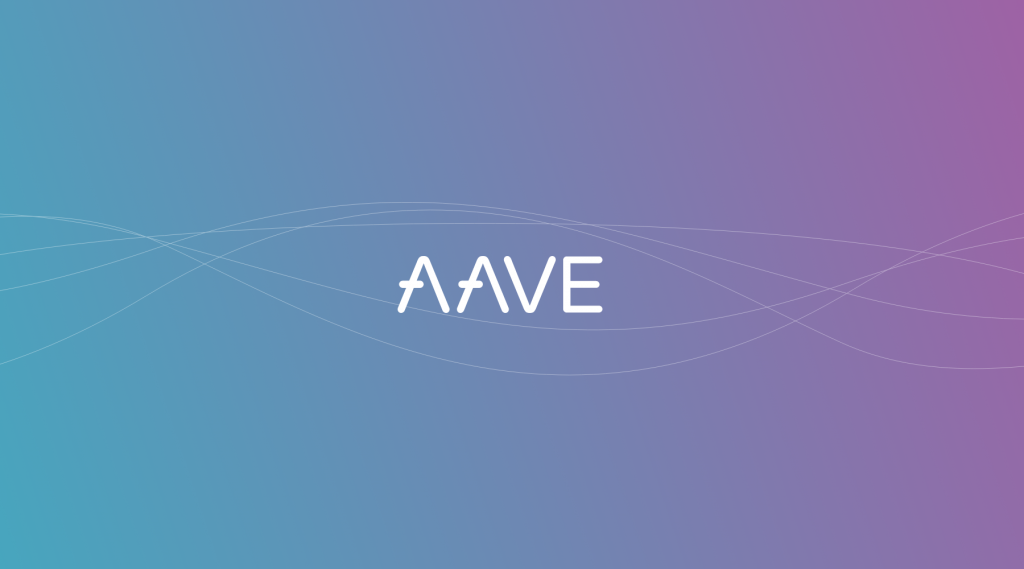 Aave protocol: An interview with the founder Stani Kulechov

A general overview of the Aave DeFi protocol, as well as an interview with founder and CEO Stani Kulechov.

In 2018, the ETHLend project was rebranded “Aave”. In the peer-to-peer lending model that ETHLend introduced, users were required to interact via smart contracts, but finding user matches for lending and borrowing proved not to be very efficient. As a consequence, the model was substituted for a decentralised non-custodial liquidity market protocol with Aave. The new model introduced liquidity pools, where users could interact with pooled funds instead of with single users. In October 2019, the Aave v1 public testnet, with the liquidity pool model, was initiated (keeping the native token LEND): its official launch was in January 2020. The protocol grew to a market size of USD 1B in less than six months and brought additional innovations, e.g. “Flash Loans” and “aTokens” as a way to unlock capital previously locked in DeFi.

The AAVE token was introduced on the Ethereum blockchain in October 2021, with the aim of handing over the protocol governance to its community and making Aave a more decentralised protocol. AAVE allows its holders to vote and decide on protocol upgrades via Aave Improvement Proposals (AIPs). AIPs can, for example, involve adding new collateral assets to the protocol or changing the risk parameters of existing tokens.

To guarantee a smooth transition, existing users had the opportunity to swap their LEND tokens for AAVE at a 100:1 ratio (i.e. 100 LEND tokens can be swapped for 1 AAVE token). The staking of AAVE tokens was also introduced and allows users to earn staking rewards generated from protocol fees. AAVE owners can also potentially benefit from fee discounts on borrowing and lending.

Aave Version 2, or Aave v2 for short, was implemented in December 2020. Aave v2 is a protocol upgrade and introduced additional features, e.g. “Collateral Swaps” and “Batch Flash Loans”. Apart from new features, contracts were optimised, resulting in lower transaction fees compared to that of v1. The Aave v2 upgrade does not impact the AAVE token, and Aave v1 continues working as a parallel protocol.

Aave supports lending and borrowing for over 25 tokens, e.g., ETH, DAI, LINK, and UNI. Users can lend a specific token and earn interest by supplying their tokens to an Aave liquidity pool from which other users can then borrow. When the user supplies their tokens to the liquidity pool, they receive so-called “aTokens” in return, which represent the underlying token (1:1 ratio) plus the accrued interest.

In other words, while the underlying asset (in our case UNI) is loaned out to borrowers, the aTokens (in our case aUNI) accrue the interest.

As of now, all loans in DeFi require over-collateralization; this also applies to Aave. In other words, users who want to borrow need to supply more collateral than the amount they want to borrow (this applies to all the tokens supported by the Aave protocol). Collateralisation rates depend on the crypto asset and can vary between 15% – 75% (e.g. ETH has a rate of 75%, which means that with 1 ETH as collateral, users are able to borrow 0.75 ETH worth of the crypto asset to be borrowed). If the value of the deposited collateral falls below this threshold, the user is liquidated.

Flash Loans are entirely unique to DeFi; they are non-existent in traditional finance. Flash Loans are what distinguishes Aave from its competition and make uncollateralised loans possible. They work by establishing time requirements: users must pay back the coins loaned within the same Ethereum transaction (within the same Ethereum block) otherwise the transaction will fail (i.e. every transaction that occurred with the borrowed funds will be cancelled).

The only costs occurring in Flash Loans are a fixed rate of 0.09% on the borrowed amount (which is paid to depositors and facilitators) as well as the network fees. Flash Loans allow borrowers to take advantage of short-term financial opportunities, e.g. arbitrage trading. They can also be used for other types of financial transactions, such as swapping loan collaterals, but since the mechanism is still relatively new, additional use cases are still being discovered.

Due to the Ethereum network’s high fees affecting Aave interactions, Aave has been looking into multichain strategies and is working on building a framework for cross-chain governance. The Aave protocol expanded into the Ethereum Layer 2 solution Polygon by March 2021, where fees are significantly lower. In October 2021, Aave successfully ported into the Avalanche blockchain, where it reached USD 5B in Total Value Locked (TVL) by the end of the month. Additionally, Aave founder Stani Kulechov has stated that Aave is looking specifically to expand into the Solana blockchain too.

Aave has also released a new proposal for an upgrade to Aave v3. The upgrade includes new features that improve efficiency, cross-chain capabilities, risk management and Layer 2 functionalities. The voting will occur during the beginning of November 2021, and is very likely to be approved.

In summary, Aave is currently the biggest lender, and one of the largest players in the DeFi space: it is a so-called DeFi blue chip. It is also very likely to continue holding this position with its historically proven fast-paced development, commitment to decentralisation, and growing community.

Pirro Morandi is Head of Business Development at Crypto Broker AG. Prior to joining Crypto Broker AG, Pirro worked as an Emerging Markets Fixed Income Sales at Credit Suisse AG, and has held various positions as Investment Consultant and Relationship Manager at Clariden Leu and Credit Suisse. Pirro holds a Bachelor of Science in Business Administration with a Major in Banking & Finance. 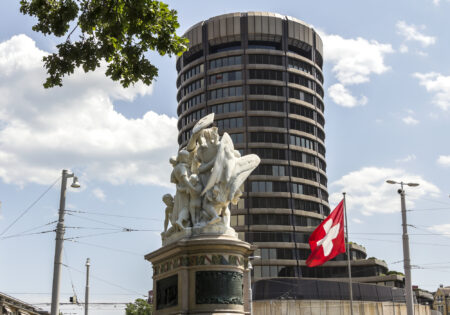 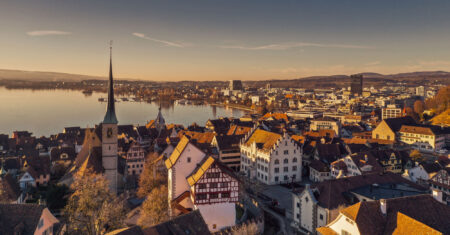 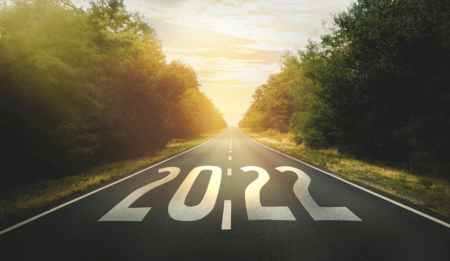