Rino Borini is one of Switzerland’s leading experts on digital finance. He is co-founder and CEO of financialmedia AG, an independent media company specialising in business and finance. The company also hosts Finance 2.0, one of the most influential digital finance platforms in Europe.

Roger Darin is Head of Blockchain Advisory at inacta AG. The Blockchain topic is the ideal field of activity for the trained banker, who has always been accompanied by his interest in technology. He teaches on the subject at various Swiss schools and universities.

Stefan Höchle as a proven expert of the traditional financial world, recognized the potential of the blockchain technology early and the impact it will have on the entire sector. After setting up a hedge fund and later an asset management company, he now brings his knowledge to the Blockchain world as an active investor and consultant.

Raphael Baumann is a lawyer and notary in Zug. Since completing his studies in 2016, he has been dealing with legal and regulatory issues relating to Blockchain and Fintech. He is also a member of the Regulatory Group and the Task Force “Securtiy Token Offering” of the Crypto Valley Association. 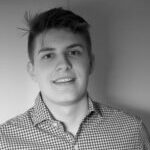 Gianluca Leuzinger is a computer science student at the FFHS in Zurich. He first came into contact with the crypto industry at the beginning of 2020 through a friend. He is enthusiastic about the underlying technologie and is mainly interested in topics like Metaverse or DeFi. To inspire young people, he tries to actively contribute to the Crypto Valley Journal. 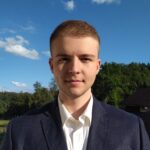 Leon Curti is a political science student in Zurich. He was immediately fascinated by the political and economic implications of decentralized crypto currencies. Since 2017 he has been actively following the crypto scene and today he tries to share his enthusiasm for it with the readership of the Crypto Valley Journal. 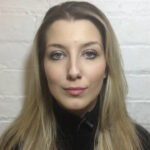 Sofie Huber is a master’s student at King’s College London. In her thesis, she is working on the question of what role blockchain technologies and cryptocurrencies play in geopolitical conflicts. At Crypto Valley Journal, she contributes a political-social perspective and also wants to inspire other women to engage more with the crypto world.

Lucas Betschart is CEO and founder of 21 Analytics, a software company focusing on privacy-respecting compliance solutions, and 21 Lectures, an education initiative to bring more developers into the Bitcoin industry. Lucas is president of the Bitcoin Association Switzerland, representing the world’s third-largest Bitcoin community. He also serves as a board member of the Bitcoin ATM manufacturer Lamassu. Lucas has been involved in Bitcoin since early 2013.