The reporting week was characterized by a market marked by weakness, which does not really manage to bottom out. Monday started out decently. The first constructive stabilization attempts of the previous week were confirmed with a plus of 4.95%, resulting in a daily closing price at USD 31’443. A subsequent correction early Tuesday led back to 29’242, but by the close of trading some terrain could be regained, which ultimately led to a closing price of USD 31’414, only slightly lower than that of the previous day. Meanwhile, the ubiquitous pattern of red candles continued again on Wednesday. On Thursday, Bitcoin closed at USD 30’183, similar to the previous day’s level. On Friday, however, the price once again reached the 29’000 mark, an area that has often been the trading center of recent weeks. This time, however, the air seemed to be out of the market. Thus, Bitcoin ended the week in the area of 27’000. It now stands at a level last seen (apart from the flash crash on May 12) in January 2021. 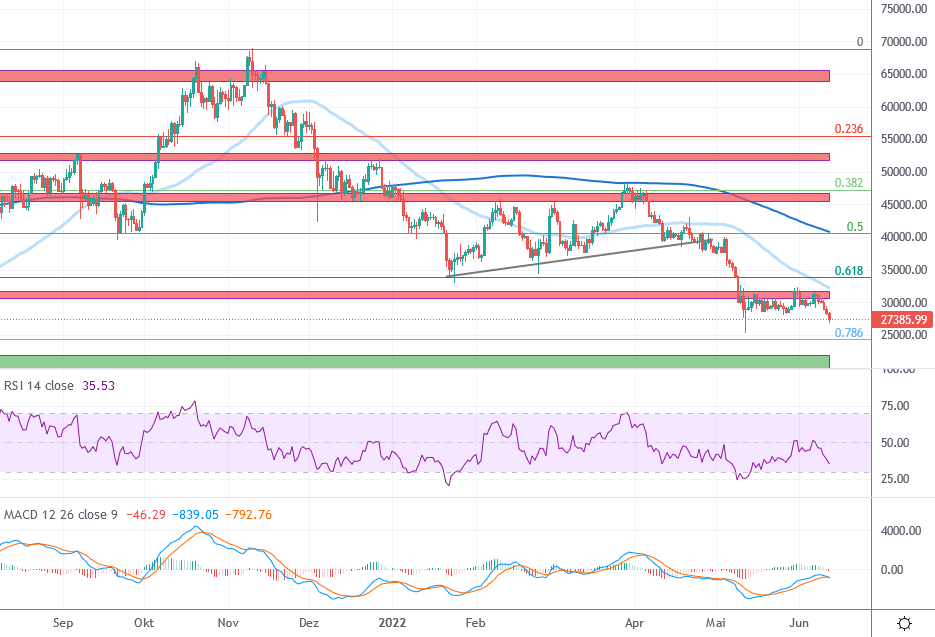 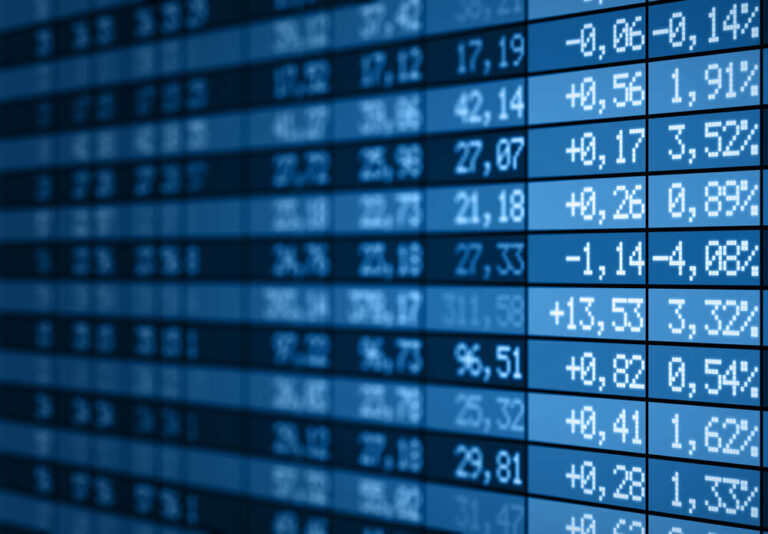 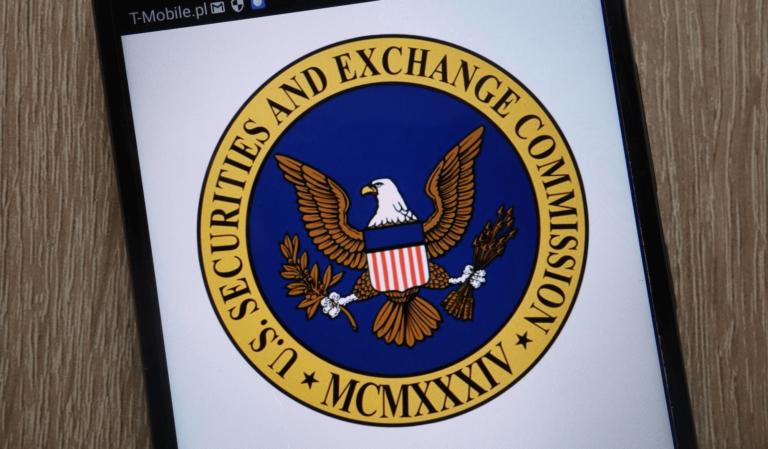 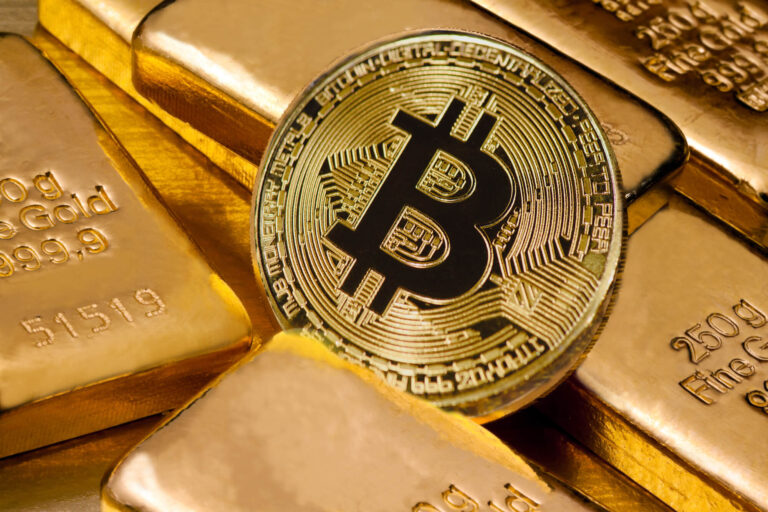 Just 73 days after reaching an all-time high at USD 69’000, the break of the 40’000 support zone at the end of the previous month suggests a change of course. The bull run, which has lasted over 401 days, seems to be running out of steam. The further direction of travel could accordingly turn out to be a longer sideways movement with a negative tendency.

The short-term capitulation event to the 25’000 area was followed by a stabilization in the 29’000 – 30’000 area. However, the reporting week was characterized by a market marked by weakness, which does not really manage to bottom out. Accordingly, consistently lower trading sessions were recorded at the end of the week, ending in the price area below 28’000. The market action reflects the current critical technical picture that Bitcoin is facing.

Further price action should soon provide information about the macro situation, as the current price area already served as support in January as well as in June 2021. Holding this price area suggests an initial sideways movement in the rough corridor of 28,000 – 38,000, while a continued break makes a visit to the area around the old all-time high at USD 20,000 seem likely. 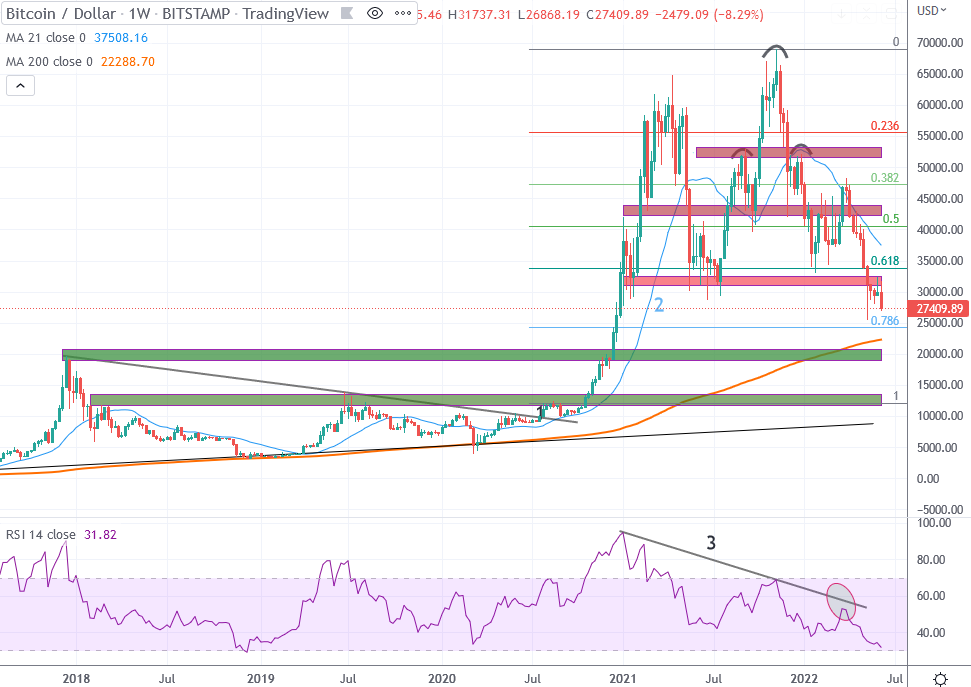 However, a subsequent breakout from the 10-week USD 30’000 – 40’000 consolidation area and a subsequent successful “retest” of the upper range of this channel most recently took Bitcoin above the all-time high created in April in an impressive counter-movement. After the creation of the new all-time high in the USD 69’000 area in November 2021, a vehement correction phase set in again, analogous to the pattern observed in May. This initially led to the break of the 50’000 support zone, which then promptly caused a bounce in this area, which now acts as resistance. Since then, a trend of accentuating lower weekly highs and lows has been observed, which is bringing Bitcoin back into the USD 30‘000 zone.

Bitcoin‘s recent rally has failed to continue higher weekly lows. The current price action in the USD 30‘000 area is a test of the last major support area. This is likely to be where the ultimate battle between bulls and bears will take place, as this is the 0.618 Fibonacci zone, which has been calculated since the beginning of the bull market and the all–time high. A sustained move below this area would also undercut the July 2021 price area, which would be close to a bear market confirmation.