After a relatively active trading session yesterday, it is time now for some on-chain snooping and a derivatives market check. I am trying to get a feel for how sustainable this upmove actually is. 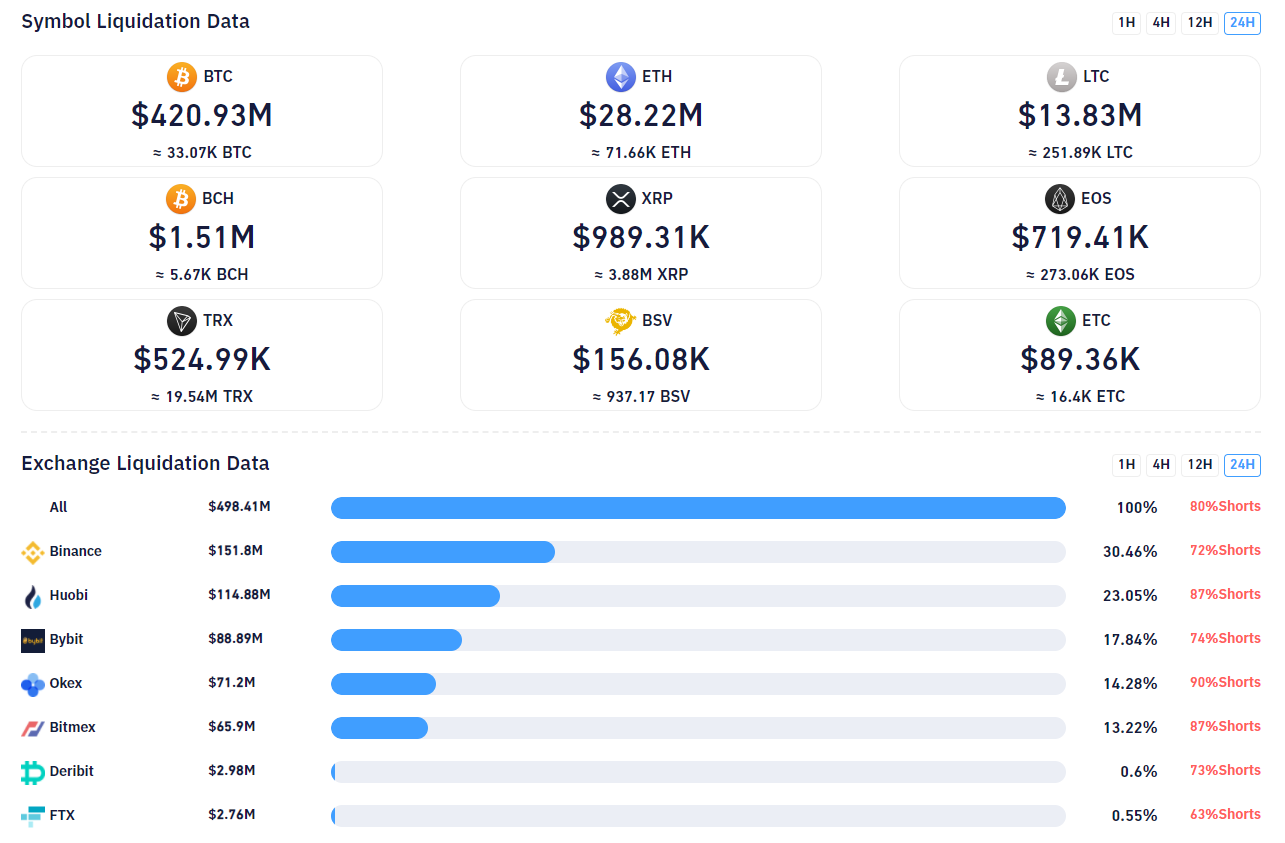 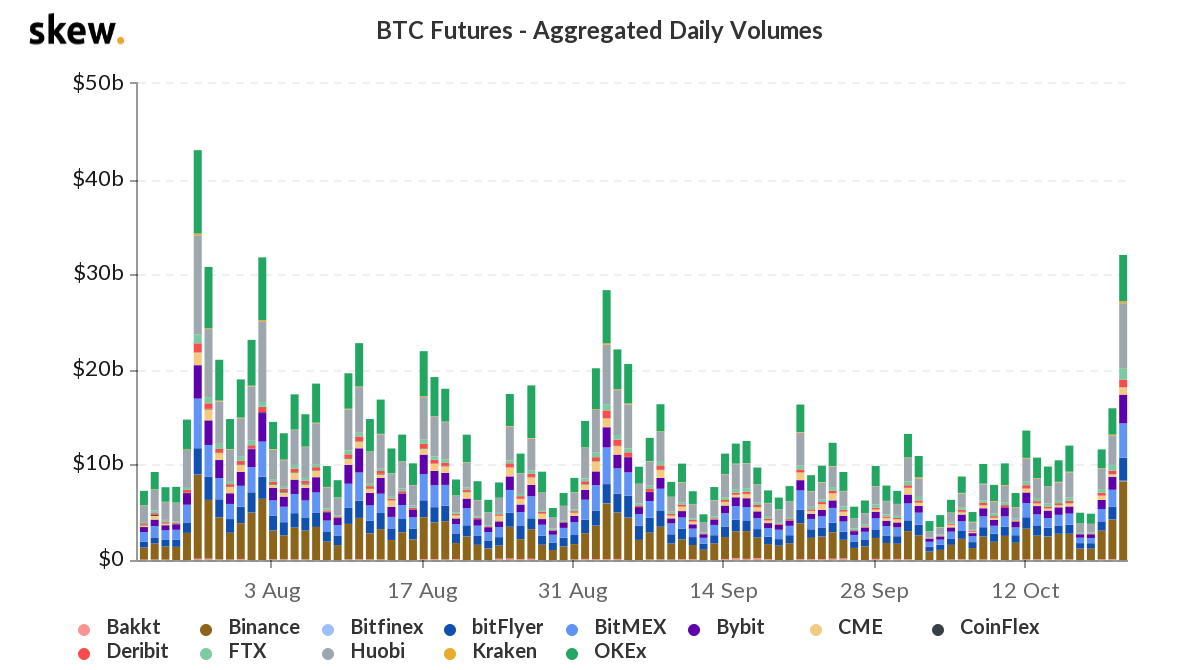 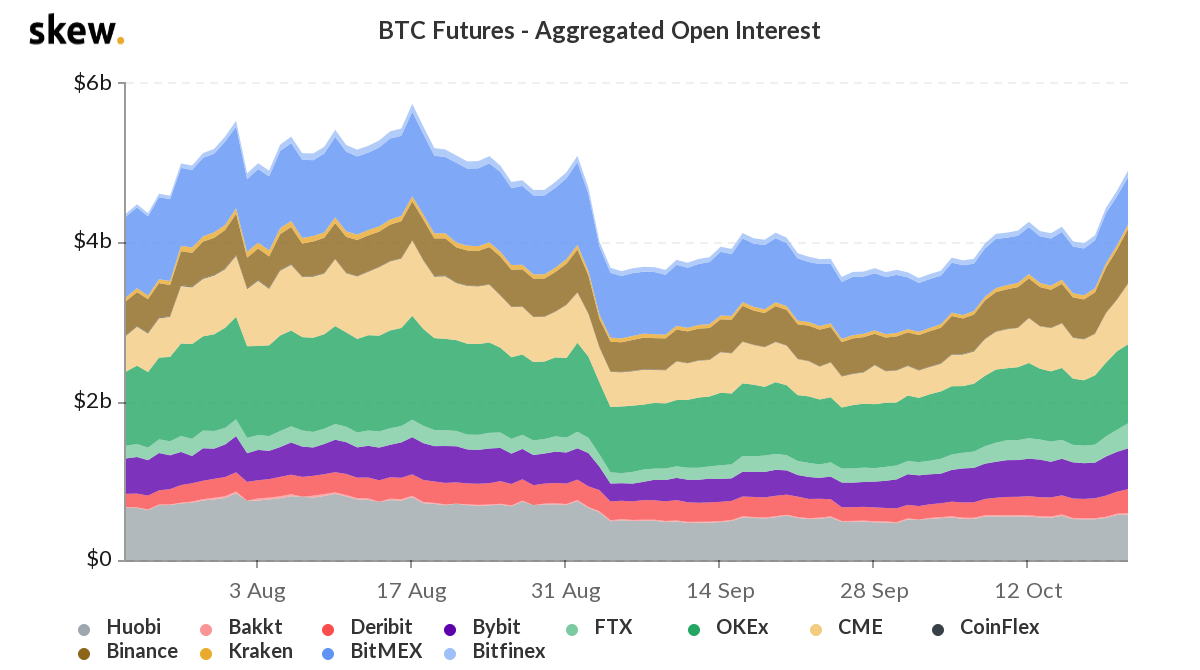 Now, let’s move on to on-chain:

My main focus was to get an idea of whether or not miners (or large holders) were starting to move their bitcoin to exchanges or not. Activities on the blockchain were already visible due to increasing transaction fees. 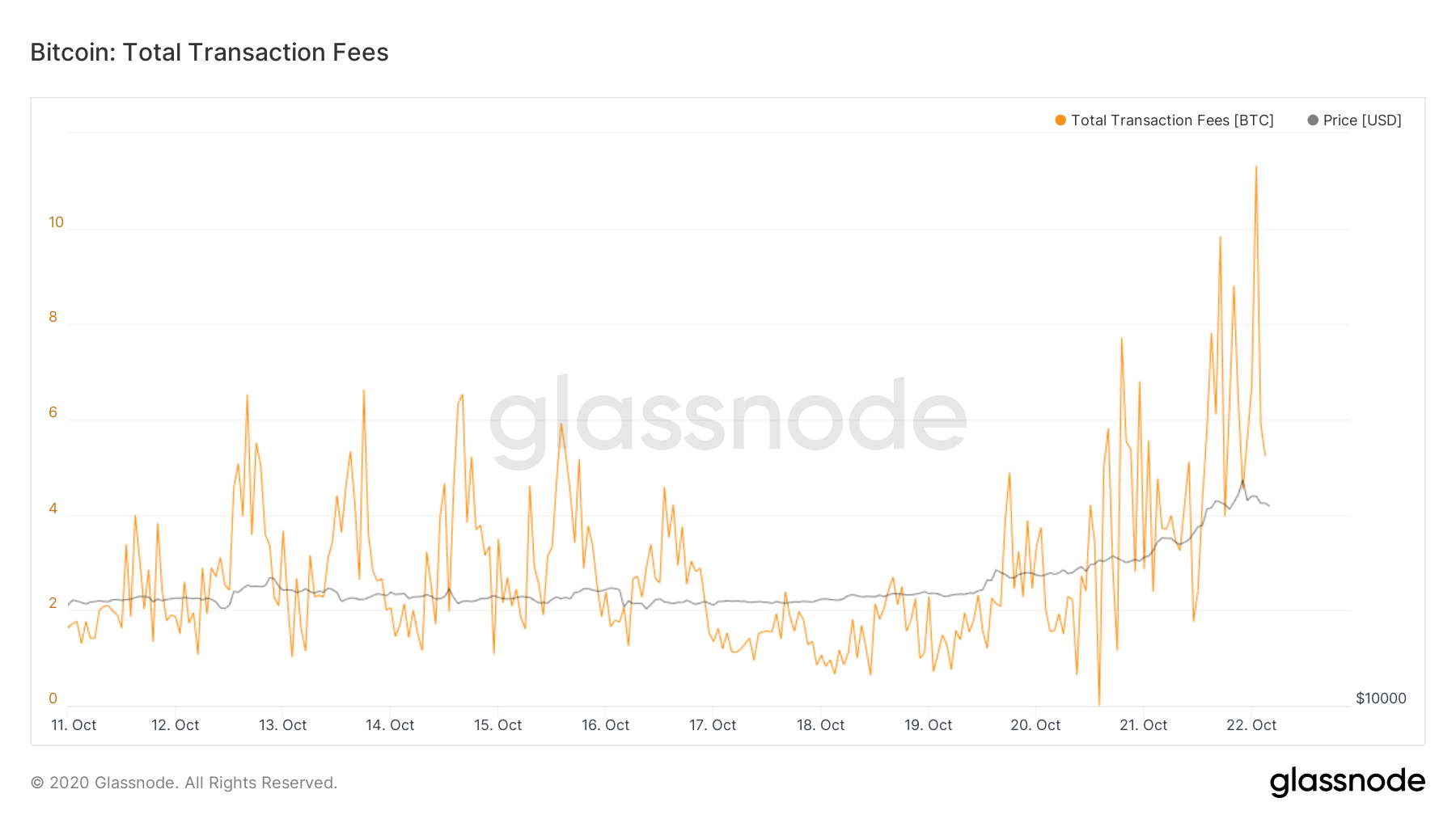 I am using GlassnodeStudio to do the on-chain analysis, and I broke it down to single exchanges:

OKEx (obvioiusly no outflows), but they show some inflows (which makes sense due to how their trading platform works, and traders might need to move more collateral to their accounts in case they are running a short futures position). 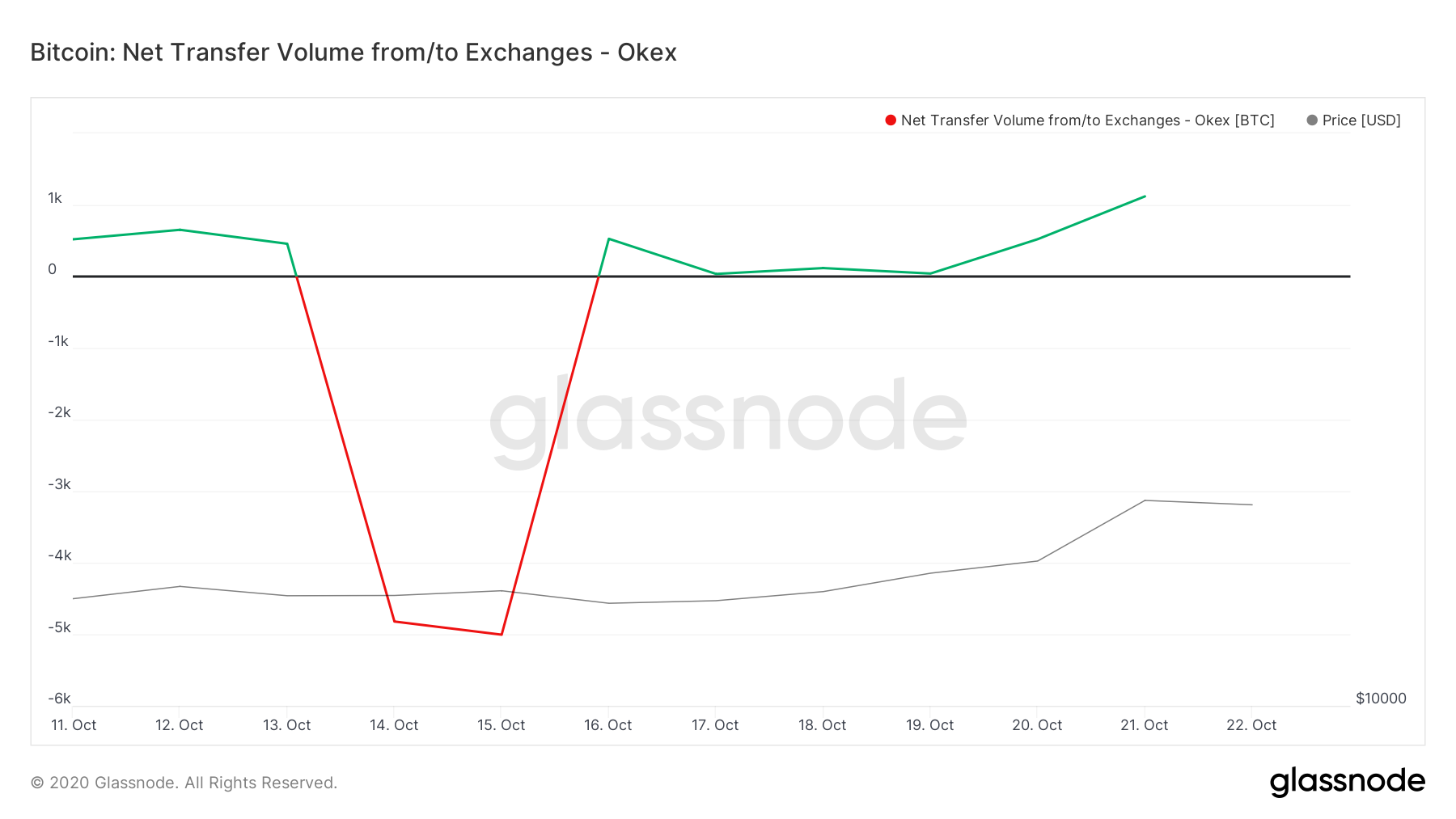 In contrast, Huobi shows some outflows, which is surprising to me. 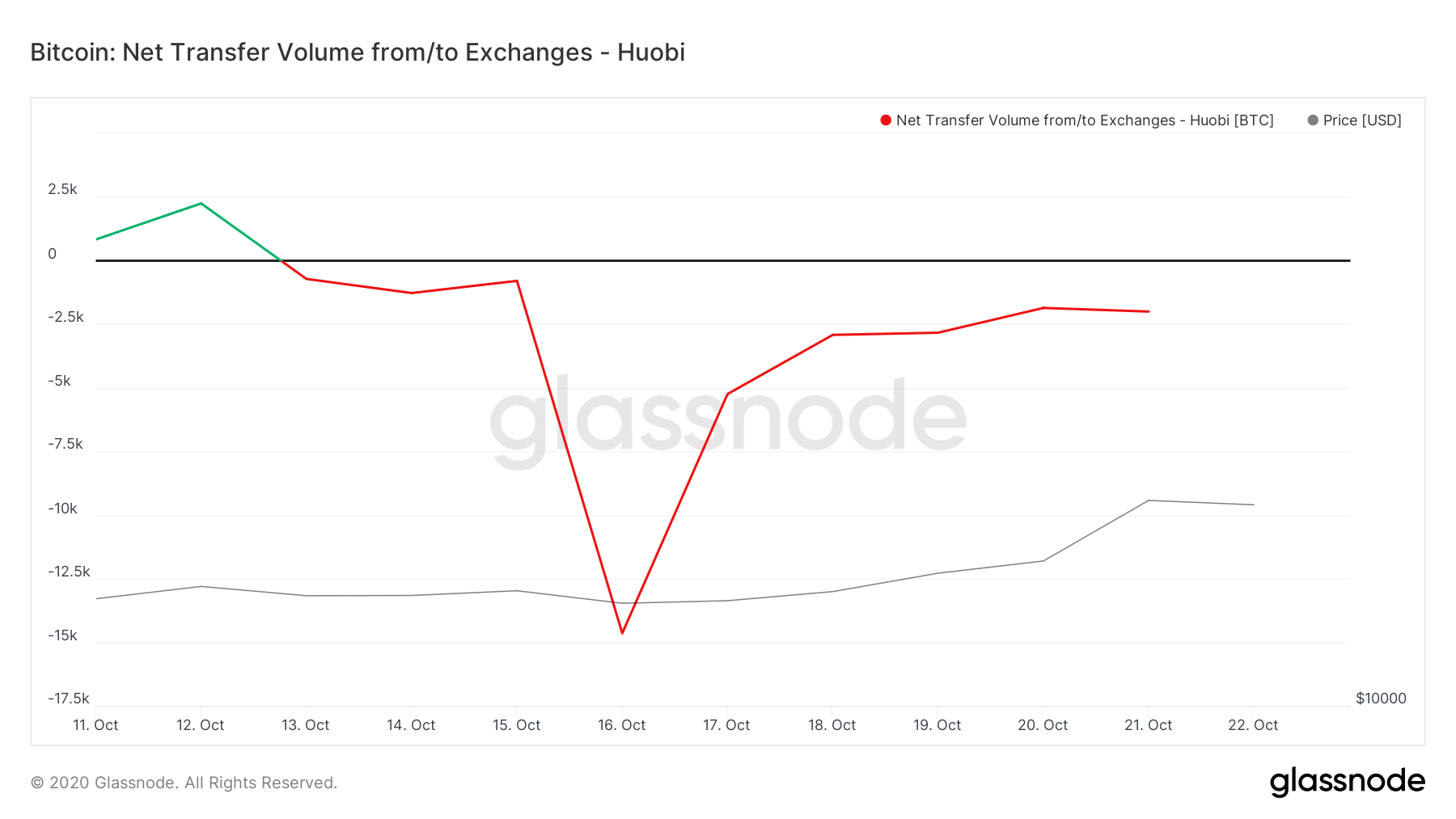 Binance indicates an increase, which I think is due to margin pledging, but could also be miners or large accounts. 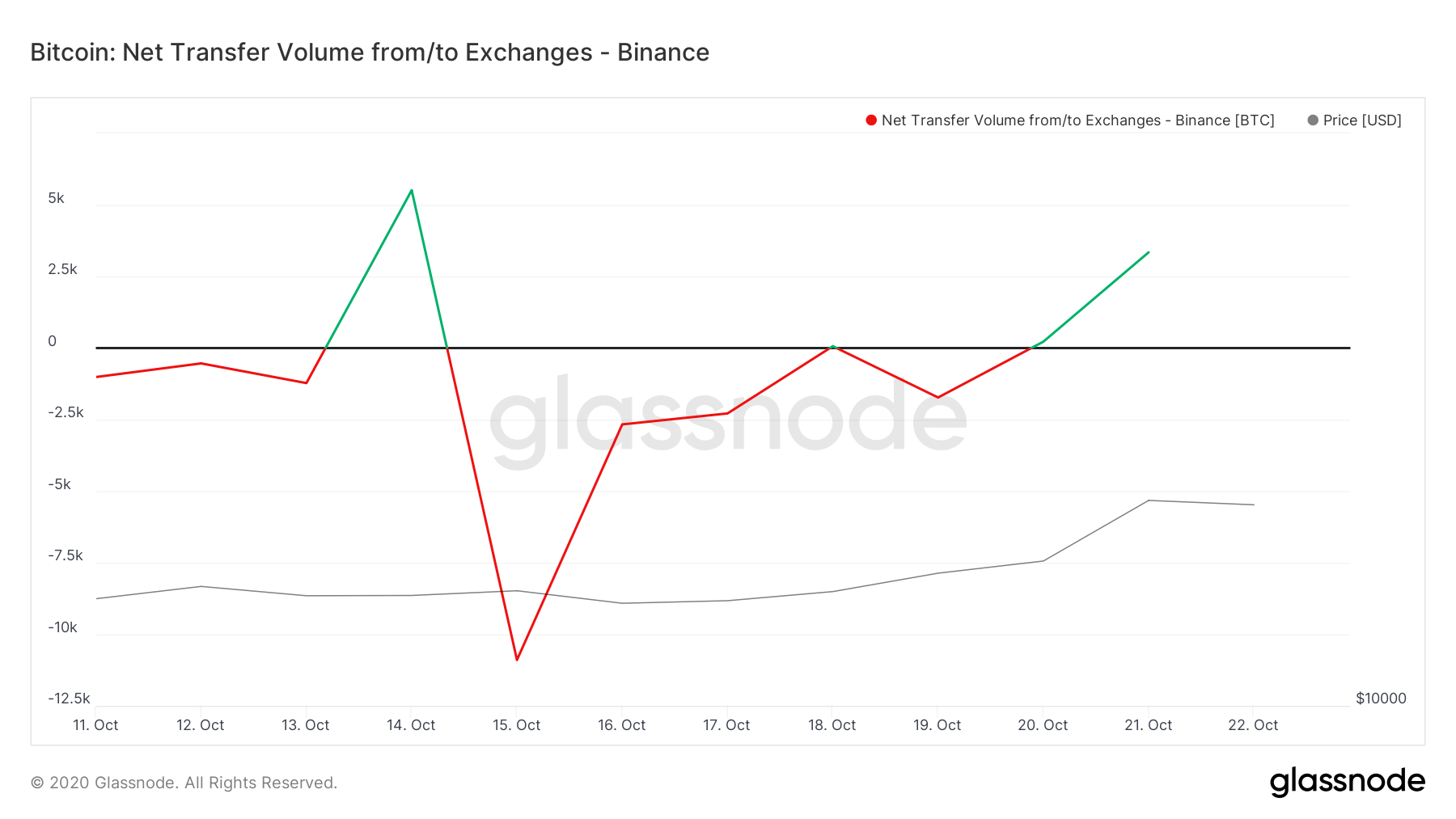 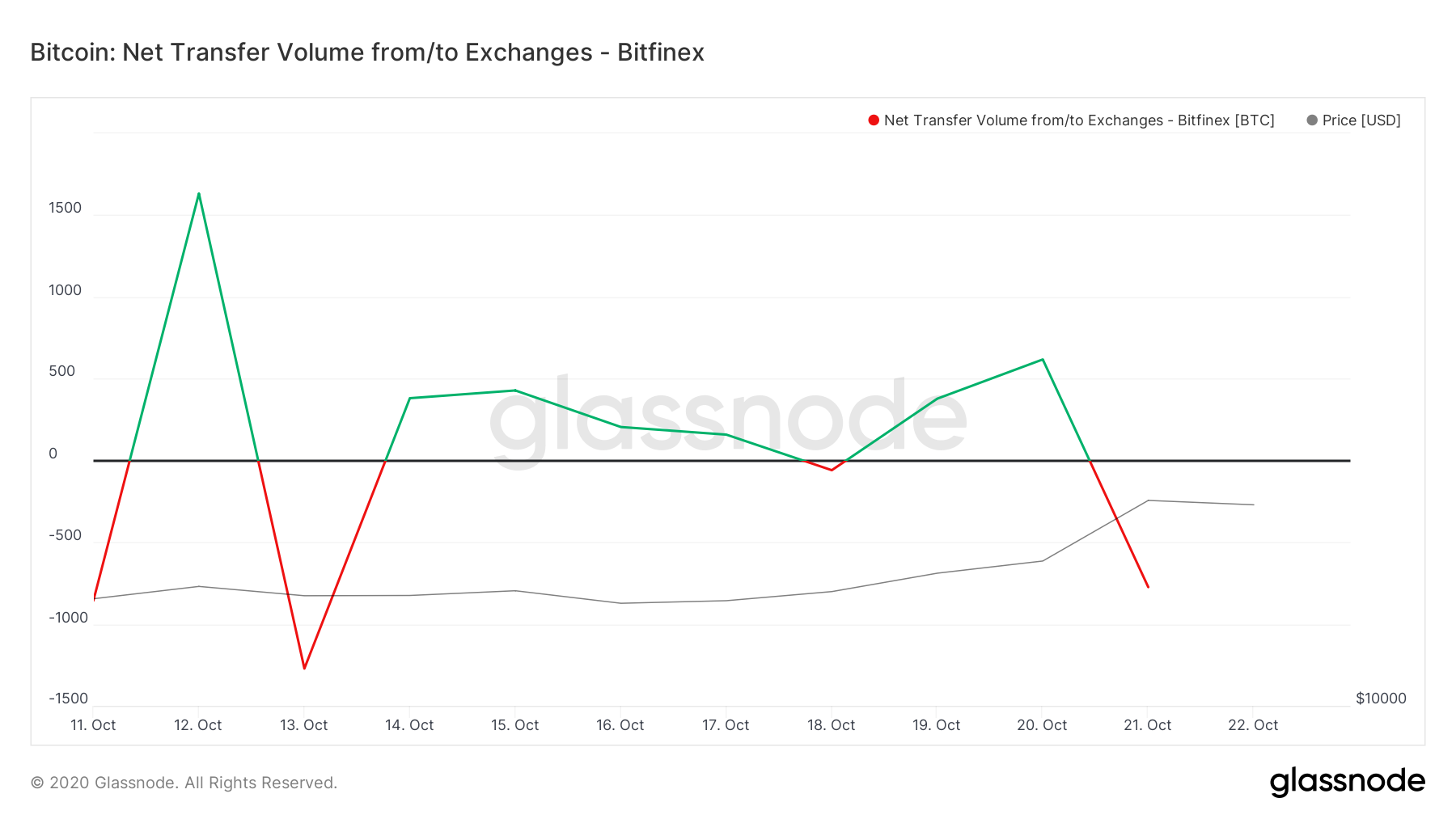 BitMEX saw some inflows, which is mainly due to pledging more margin. 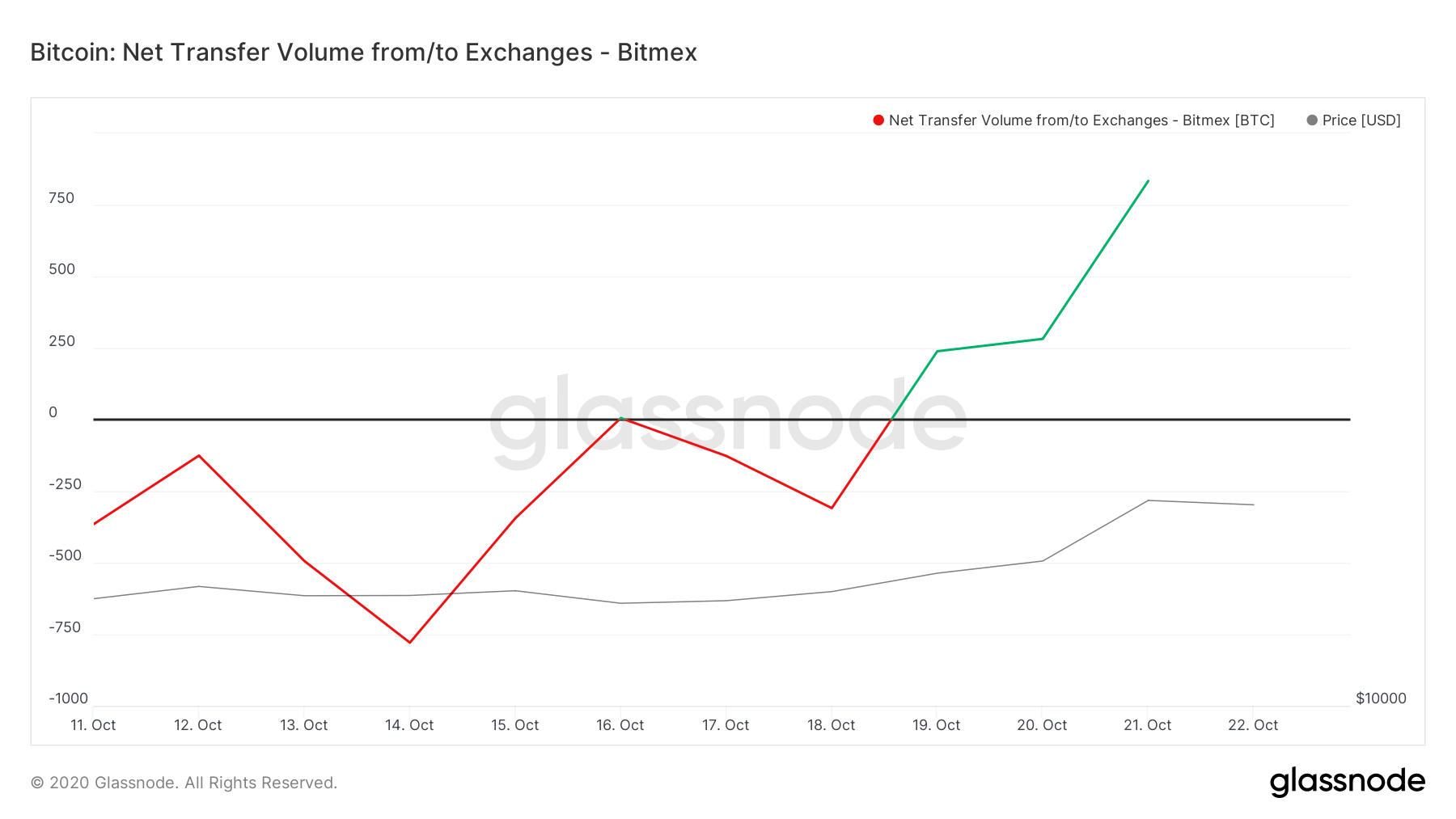 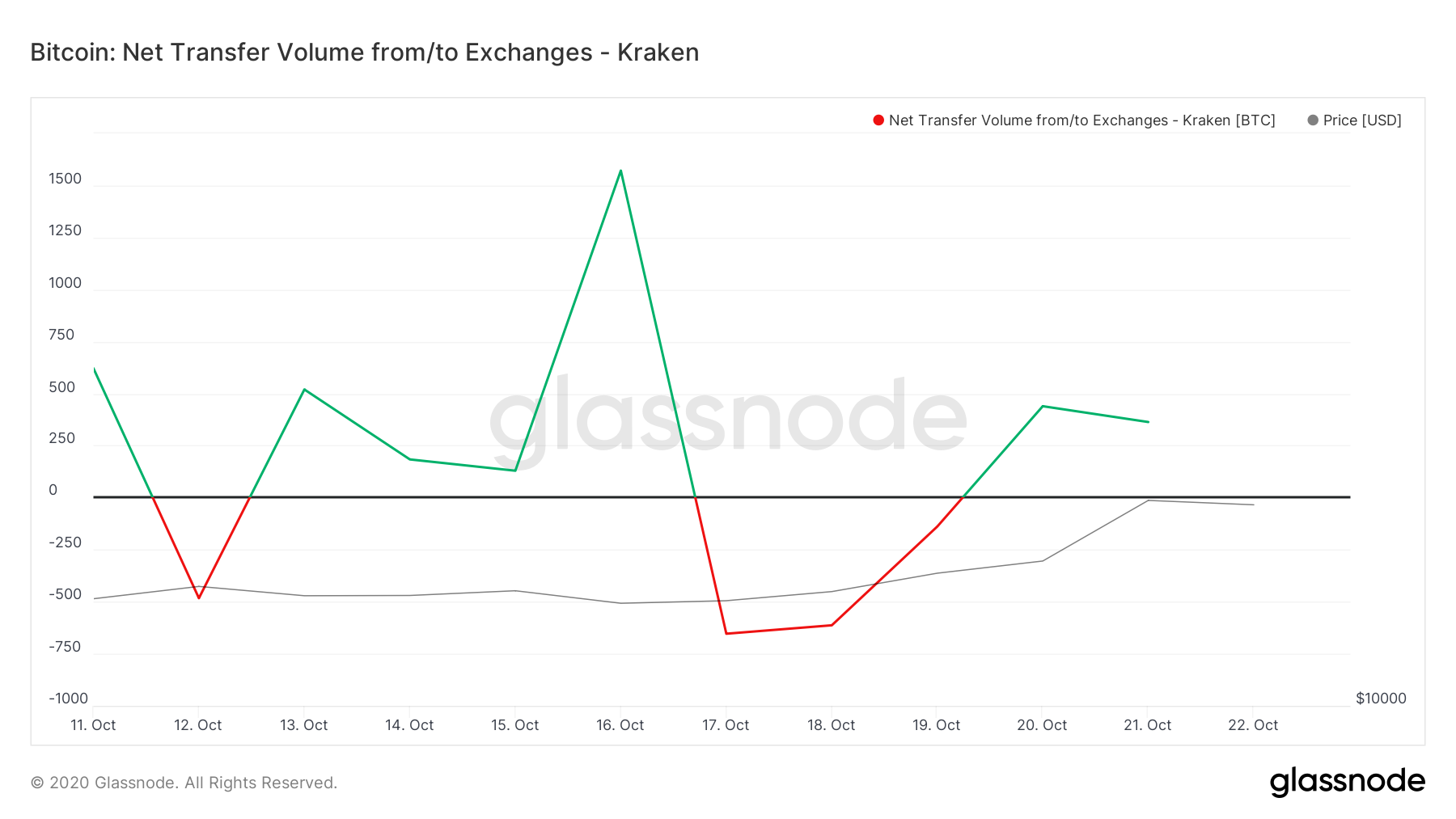 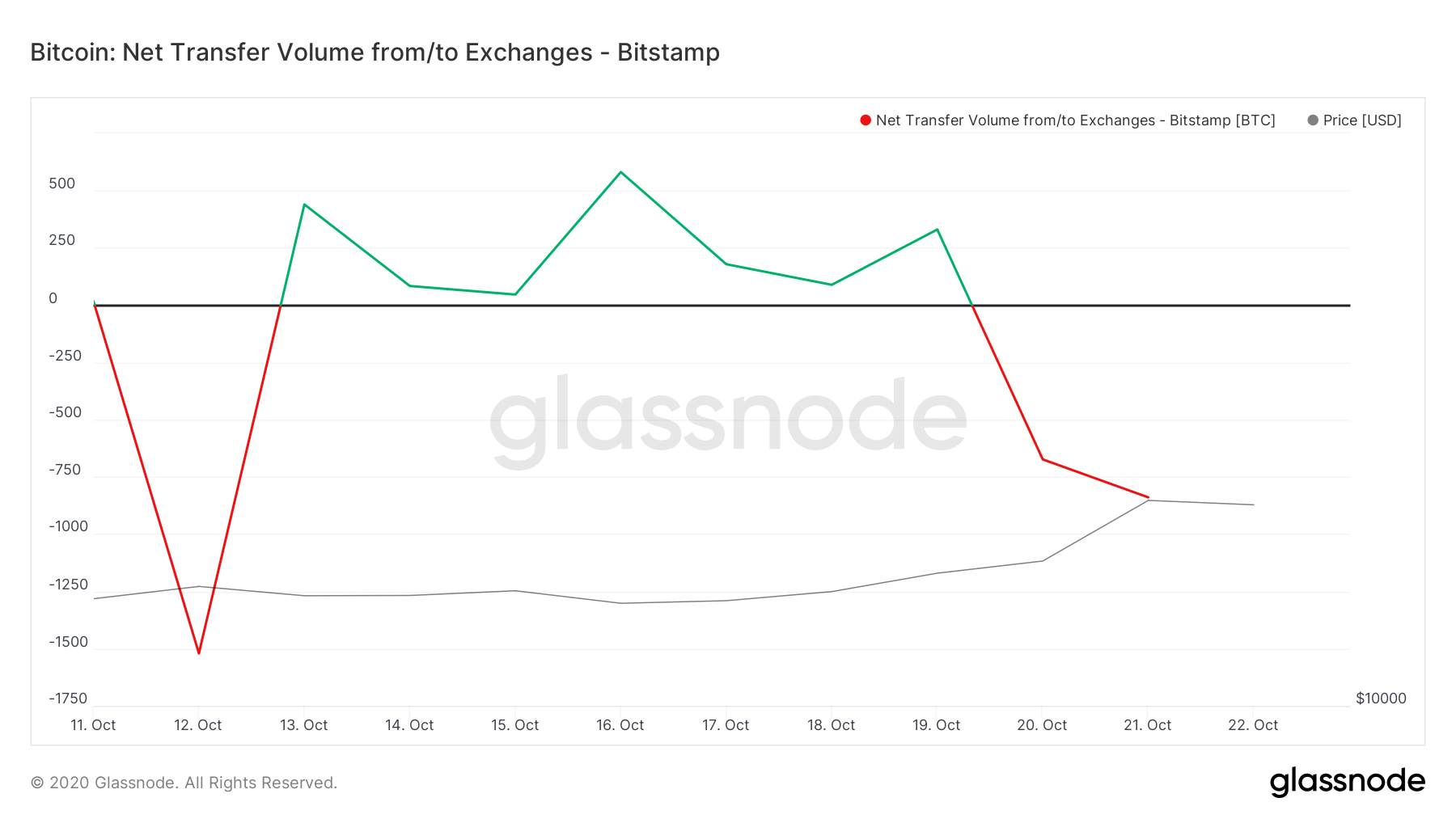 Gemini saw very large inflows (which I mostly account for as miners inflow). 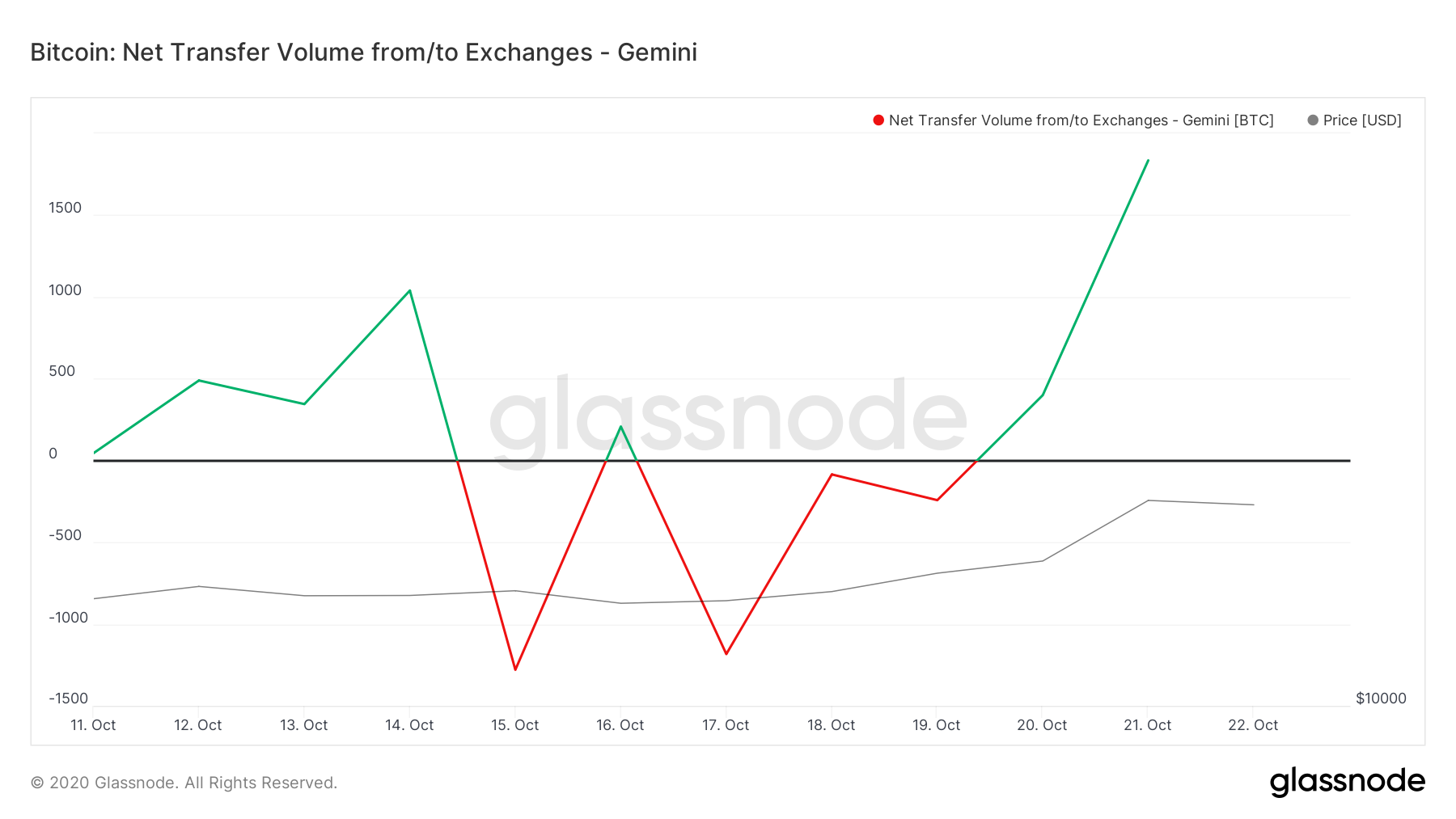 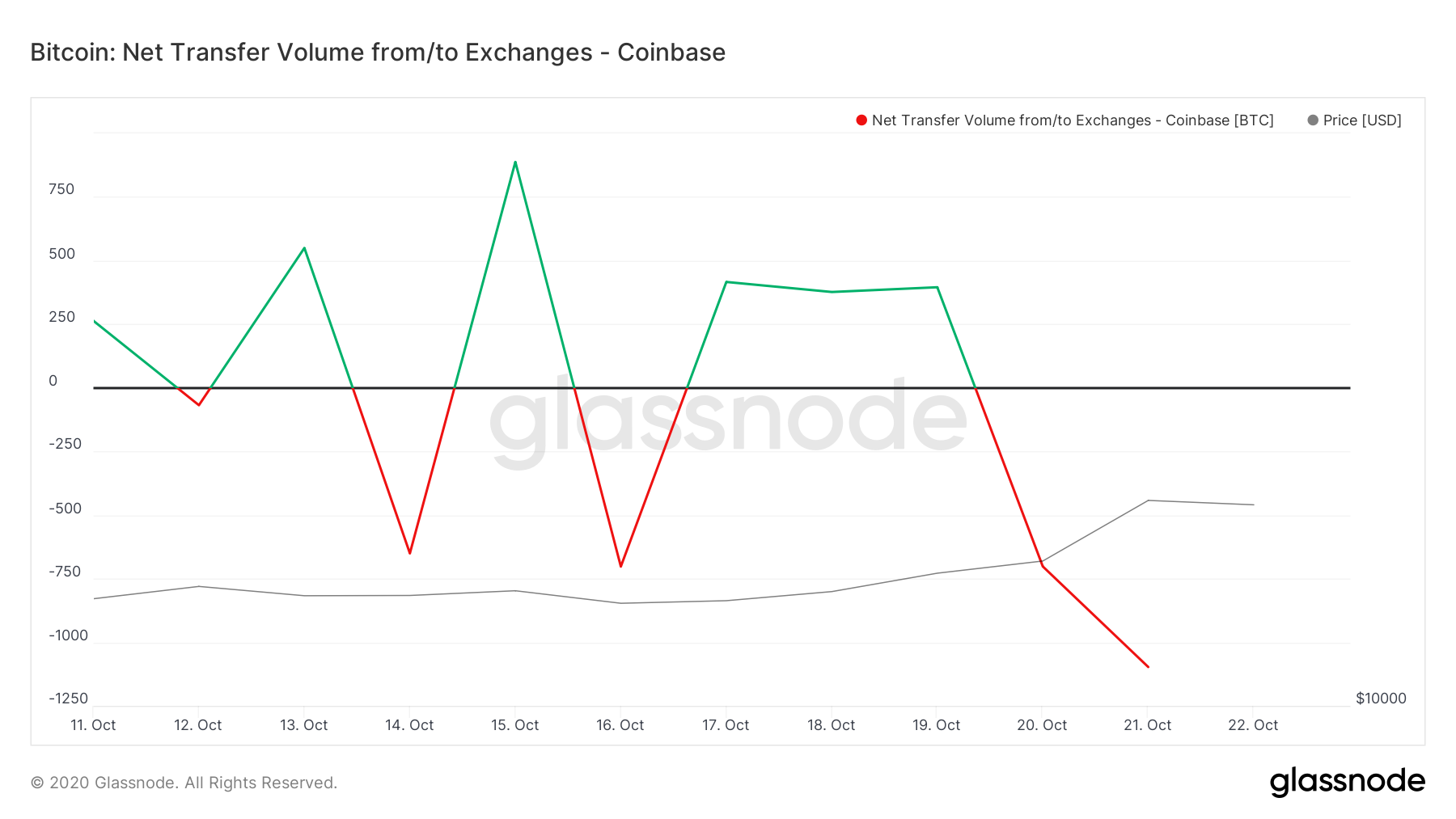 My conclusion from all of this fragmented data is the following:

My observation of spot exchange order books: some invisible hand (market buyers) pushed prices higher. For over a week we had very asymmetric order book stats, but prices went up anyways. The invisible hand is probably the sum of the positive environment and the positive news we’ve been hearing over the past few weeks. Every setback (e.g. OKEx) was bought up quickly. There were never large buy side orders being placed (which is usually a bad sign for bulls); traders just stepped in and snapped up whatever offer they could get. This ties in nicely with my observation in the derivatives market. It never looked overstreched or overheated. And it still doesn’t.

And last but not least, to me the on-chain data indicates that exchanges had outflows of BTC. Buyers snapped them up on the exchanges and withdraw them to their wallets. All this increases my confidence that the current upmove looks sustainable. Corrections should be bought.

I am not sure how big of a role the OKEx issue has on the global picture. I will monitor this, and adjust my view accordingly.