In its journey of over ten years, Bitcoin has gone through several phases, each with different forms of usage. Although its usage has steadily increased, the cryptocurrency has mainly established itself as a store of value, rather than as a means of payment as it was originally intended. For monetary transactions, the network is simply too slow with its block times and too expensive when usage is high. If Bitcoin wants to achieve the ultimate money form, the digital asset should also be able to be used directly as a means of payment. Due to the structure of the network it needs alternatives detached from the native blockchain for immediate payments. Meanwhile, centralized services such as PayPal and Visa provide hybrid solutions for cryptocurrency payments. The so-called “Lightning network,” on the other hand, is a multi-tiered solution based on the Bitcoin blockchain as a settlement layer. The Lightning network has recently been deployed in El Salvador. The country introduced Bitcoin as an official means of payment this week, and it is now possible to make payments in a matter of seconds in various places.

The emerging field of decentralized finance (DeFi) has its own interest rate structure, which is determined entirely by the market and with no intervention from any central bank. As a consequence, yields are in positive territory. With Coinbase, one of the weightiest crypto exchanges pursued the introduction of a yield product, which is to grant interest on selected digital assets analogously to the traditional financial sector. However, the relevant Securities and Exchange Commission (SEC) informed that such a product would be classified as an unregistered security. Coinbase was not only surprised by this decision, but also disappointed. The exchange operator believes the regulator’s approach is counterproductive and would actively discourage financial innovation in the United States. A rapid merger of the old and new financial worlds does not seem to happen overnight.

Switzerland’s regulators have always taken a pragmatic approach to digital assets. The Swiss Financial Market Supervisory Authority (FINMA) has been acting with a clear set of rules and the intention to encourage innovation from the very moment the first crypto firms settled in the country. This week, the FINMA underlined this approach. SIX Digital Exchange (SDX), an affiliate of Swiss exchange operator SIX, has been given the green light to operate an exchange and a central custody service for digital assets. The decision enables the Swiss financial industry to set up infrastructures that ensure trading and custody in the form of digital securities using so-called tokens.

Blockchain technology is leading to significant efficiency gains in various industries. The cryptocurrency Bitcoin revolutionized the storage of value and the global decentralized transfer of value. The disruptive blockchain technology is eliminating the need for intermediaries in many industries. Programmable tokens and smart contract-based applications were launched in 2015 with the Ethereum platform. By providing decentralized applications (dApps), developers were able to bring trading platforms and credit products to a wide audience of crypto users. Thanks to the permissionless structure, anyone can access these platforms. However, the pioneer Ethereum is struggling not to become a victim of its success. The high usage of the network repeatedly leads to delayed and overpriced transactions. Numerous platform competitors are trying to take a slice of Ethereum’s success. The Cardano network is seeking to circumvent those shortcomings with an alternative network design. The development team, led by Ethereum co-founder Charles Hoskinson, has been working on the decentralized platform for four years. Soon, it is set for a hands-on launch. User adoption will ultimately determine whether a platform like Cardano catches on.

Also: In addition to decentralized financial applications (DeFi), the area of non-fungible tokens (NFTs) gained significant momentum. Through their use, unique and limited objects can be represented digitally. Exclusive image series recently achieved daily trading volumes in the triple-digit millions on the largest trading platform Opensea. With new series appearing daily, a certain saturation has now become noticeable. Different projects are trying to shine with novel use cases, mostly in the area of gamification. Some claim that Project Loot is the first of its kind. Others believe that similar concepts already exist. Patrick Heusser on a new way to create an ecosystem with NFTs.

Bitcoin is gradually gaining acceptance as a store of value. However, it is not suitable for everyday payments without external solutions.

Bitcoin’s shortcomings as a means of payment

The SEC has classified a yield product from crypto exchange Coinbase as an unregistered security.

An introduction to the smart contract platform Cardano

An introduction to the NFT experiment “Loot”.

The NFT project Loot and its ecosystem 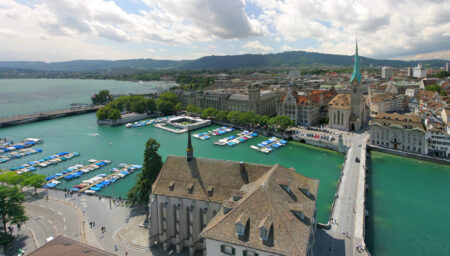