You are at:Home»Hot Topics»Minds»Prof. Dr. Michaela Hönig on ICO’s, Cryptocurrencies and Stablecoins

An interview with Prof. Dr. Michaela Hönig, expert on digital currencies in the German Bundestag and author of the newly published book: “ICO and Cryptocurrencies – New Digital Forms of Raising Capital”.

CVJ.CH: Your recently published book deals, among other things, with the possibilities and limitations of ICO’s. The limits have been well observed in the meantime. How do you see the future of raising capital via tokens in general? Are STO’s now the compliant solution to ICO’s?

Prof. Dr. Michaela Hönig: So far, tokens have not been used primarily as a means of payment, unlike coins. They represent an asset or an economic good. There are different variants of tokens: utility, equity, asset and security token offering (STO). Utility tokens are associated with a specific benefit. This benefit is recorded and precisely defined in the respective white paper of the project. Until now, 95% of the tokens on the internet have been so-called utility tokens.

With STO’s, one has to look at the design – a BaFin approval may be necessary because it is a commercial activity in the financial sector and certain regulatory requirements apply and have to be followed. It may be necessary to prepare a prospectus in accordance with the German Securities Prospectus Act.

Personally, I look at first generation ICO’s like Spieltoken. The token economy was still in its infancy, there were hardly any mature business models and the lack of regulation seduced fraudulent companies into scams. Well thought-out, economically mature, sustainable concepts were rare.

In the meantime, the market has developed further, is more serious, the security token segment will continue to grow and is now also in demand from commercial financial investors.

CVJ.CH: You have analyzed the trading and stock exchanges of cryptocurrencies, including aspects of bubble formation. What conclusions did you draw from this analysis?

Prof. Dr. Michaela Hönig: The symptoms of whether a financial bubble is forming or present are the parameters: Market capitalisation (size), address concentration (housewife effect) and contagion (infection of other markets, for example derivative markets). Following the crypto-hype in the fourth quarter of 2017, these tests were carried out on bitcoin. In all three categories, no positive scientific findings could be confirmed. What then followed confirmed our research prediction: In 2018, prices of almost all cryptocurrencies collapsed massively, without infecting other asset classes, the financial sector or the real economy.

CVJ.CH: You compare bitcoin’s blockchain technology as unsuitable and outdated for current applications. Furthermore, you claim that this first block chain generation has not been able to establish itself in a reasonable period of 24 months. Can you elaborate on this in more detail, perhaps in the context of other internet technologies that have evolved over the years such as e-mail or http? You describe the currently existing (bitcoin) blockchain technology as unstable, expensive, complex and with few practical, scalable benefits. Is the current decentralized value transfer via the blockchain with bitcoins not yet mature enough, or even unstable?

In my opinion, the failure of the blockchain technology, set to be placed on the market, is the result of an excess (IT) efforts on the market, which  did not focus their attention (market, customer analysis) on a comprehensive project. If we now take a look at Libra from Facebook, the currency could establish itself on the market very quickly once the supervisory and regulatory treatment has been clarified.

CVJ.CH: You see a great future in the tokenization of assets. Is it possible for the retail investor to have a liquid stake in a large illiquid asset in the near future? What are the prerequisites for the implementation of tokenisation processes?

Prof. Dr. Michaela Hönig: The token market is no longer in its infancy, but we have not yet reached adulthood either. It is important that the market becomes secure for investors and consumers. To achieve this, laws and regulations must be established globally. We are not there yet and there are still too many black sheep on the market. Personally, I would like to explicitly point out to investors the existing uncertainties/risks as well as the possible high volatility and the associated possible risk of loss of the tokens.

CVJ.CH: What impact do you think the blockchain technology will have on the financial sector and capital markets in general over the next few years?

Prof. Dr. Michaela Hönig: Well – the developments continue to advance, we need regulation-compliant blockchain solutions for exchange-traded asset classes. This will become generally accepted in the next 1-3 years.

CVJ.CH: Are private stablecoins such as Libra a complementary alternative to existing currencies?

Prof. Dr. Michaela Hönig: According to the definition of the German National Bank, national currencies or money fulfil three characteristics: exchange/payment means, unit of account and store of value. Digital currencies and crypto-currencies are to be regarded as digital units of account. They only fulfil the functions of value retention and payment function to a limited extent.

BaFin defines crypto currencies as digital representations of value that are not created by a central bank or authority and have no connection to legal tender. They are used by individuals and legal entities as means of payment and exchange and can be digitally stored, traded or transferred.

In contrast to central bank money, which in theory can be issued indefinitely, and book money, which is created by commercial banks, new units of value are generated by a mathematical process within a computer network. This generation is known as “mining”.

Libra is a digital unit of account that can be purchased in exchange for established currencies. The transfer within the Libra network should be faster, simpler and cheaper than in conventional payment systems and with previous crypto currencies such as bitcoin.

Unlike other cryptocurrencies, Libra should have an intrinsic value to keep exchange rate volatility low. The Libra Coin is to be supported by a reserve consisting of deposits and short-term government bonds. If Libra is pegged to a government currency via the reserve, inflation would also be one to one.

The state monopoly on money creation should not be influenced by private corporations. In view of the risks described above, the players should therefore be subject to and comply with the same prudential standards as credit institutions and payment service providers. This requires national or international supervision of the group or the Libra Association.

It can be assumed that a private currency issued by a private association has interests that are further removed from the common good than the interests of a central bank.

Facebook has highlighted the idea of establishing an independent non-profit organization in Switzerland. Neither Facebook, nor almost all of its other shareholders are non-profit organizations. In our opinion, the Libra Association aims to achieve success by combining advertising business, payment services, e-commerce and the exploitation of the data generated in the process. 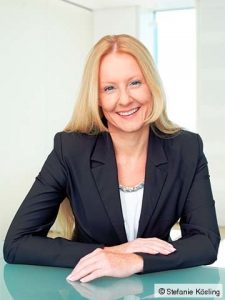 Prof. Dr. Michaela Hönig is an expert in the German Bundestag on the subject of “digital currencies”.

She is also a lecturer for general business administration, in particular finance and asset management.