US crypto exchange Coinbase has been warned by the Securities and Exchange Commission (SEC) about launching a product that pays customers interest on their crypto holdings through the use of DeFi protocols. According to the agency, this should be classified as a security.

Coinbase intended to launch a yield product that would have gone live in a few weeks. As in traditional finance, users would receive interest on selected digital assets. After the company proactively reached out to the Securities and Exchange Commission (SEC), the SEC responded that such a product would be classified as an unregistered security. The SEC did not provide further elaboration when asked by the crypto exchange.

The largest U.S. crypto exchange has been proactively communicating with the SEC about the Coinbase Lend product for nearly six months, according to Chief Legal Officer Paul Grewal. They have been keen to hear the SEC’s perspective on bringing innovative products to market, he said. Their customers were expected to gain more financial options through its launch. With “Lend”, Coinbase users could earn interest of up to 4% per annum on select assets like USD Coin (USDC).

They could have easily just launched the product, but chose not to. This is far from the norm in the industry, he said. Other crypto companies have had yield products on the market for years. Coinbase believes in the value of open and substantive dialogue with regulators. That’s why they approached the SEC first with “Lend”.

According to Brian Armstrong, CEO of Coinbase, the regulator did not explain how they came to their decision at all. After all, he said, the agency had already requested numerous documents from the company and had employees testify. The company granted the insights in order to meet the SEC’s demands. However, the regulator refused to explain why it believed the product was an unregistered security.

Wells Notice of the SEC

In his blog post, the head of Coinbase’s legal department explains that the company has already received a “Wells Notice”. A letter from the SEC informing recipients of the content of the allegations. The document means that the agency will take Coinbase to court, if the rollout of the yield product in question ist launched anyways. While Grewal rejects the current regulatory approach, the Coinbase CLO said the industry could finally get regulatory clarity from the SEC if the matter ends up in court. He retweeted the following tweet:

1/ If true, this is pretty underhanded. I know it's easy for me to say, but Coinbase should go ahead and launch its product, let the SEC sue, and go to court. Let the SEC make its case and let a judge decide what the law is. https://t.co/iRQRvANGTW

The SEC itself has repeatedly called on the industry to “seek dialogue”, and Coinbase has attempted to do so. As of today, the only certainty is that Coinbase “Lend”, without knowing why, will either have to stay off the market indefinitely, or be classified as a security and sued.

Adam Levitin, Professor of Law at Georgetown University Law Center, focuses on bankruptcy and commercial law, as well as financial regulation. He thinks the Chief Legal Officer’s blog post is unhelpful, if not counterproductive, and explains the SEC’s view.

For now, he explains that serving a “Wells Notice” is the regulator’s official process. The reaction, he says, shows that Coinbase does not fully understand the Wells process. At a Wells hearing, Coinbase gets a chance to explain to the SEC why its view of things might be wrong. Only if Coinbase fails to meet its burden of proof will the SEC file suit.

He said Coinbase’s embarrassment points to something regulators should really be concerned about with FinTechs in general and crypto firms in particular: culture. It is not a culture of compliance, according to Levitin. It is a culture of moving fast and breaking things, he said. There is absolutely nothing about Coinbase’s Lend product that is crypto-specific in his opinion. The law professor believes it is simply an old-fashioned investment contract: Customers provide money to the company to work with. In return, they are promised profits of 4% per annum.

Reactions from the crypto community

Dan Awrey, a law professor at Cornell Law School, clearly sees the product as a security and thus the SEC as the responsible regulator. “Lend”, in his view, does not suggest lending in the sense of incurring debt, but rather issuing debt, which clearly resembles a security.

The CEO of Coinbase asks “how can lending be a security?”

2. Debt is mentioned in the definition of a “security” under the ‘33 Act on no less than FIVE separate occasions.

Other voices in the community believe that the SEC is preying on good actors because it gives them prestige and more influence compared to other domestic regulators. Meanwhile, the actual fraud has been going on unabated for years. According to them, countless projects are advertising absurd returns with no repercussion. 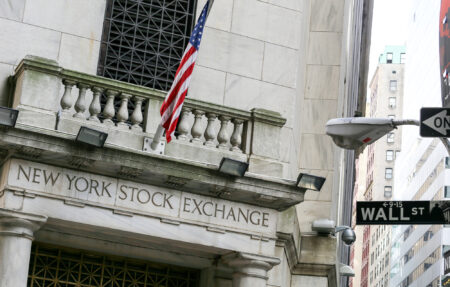 First Bitcoin ETF in the US 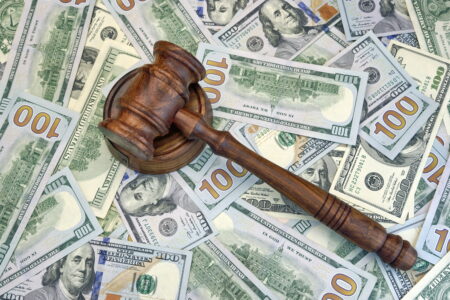