You are at:Home»Focus»Blockchain»Blockchain soccer game gets FC Bayern Munich on board

A blockchain based fantasy soccer game has won over another famous European club. The German record-holder FC Bayern Munich has entered into a partnership with the company, and enters the world of blockchain soccer cards.

The blockchain platform Sorare has the vision to combine soccer cards with the blockchain technology. Since its launch in May 2020, the platform has seen steady growth in terms of trading volume, reaching peaks of USD 230,000 per week (see chart below). Sorare acquires the rights to the images of the players from the football clubs and sells the “blockchain card” via “non-fungible tokens (NFTs)” and subsequently via online auction. The growth of traded images on the blockchain is due to a growing community and new club licenses. 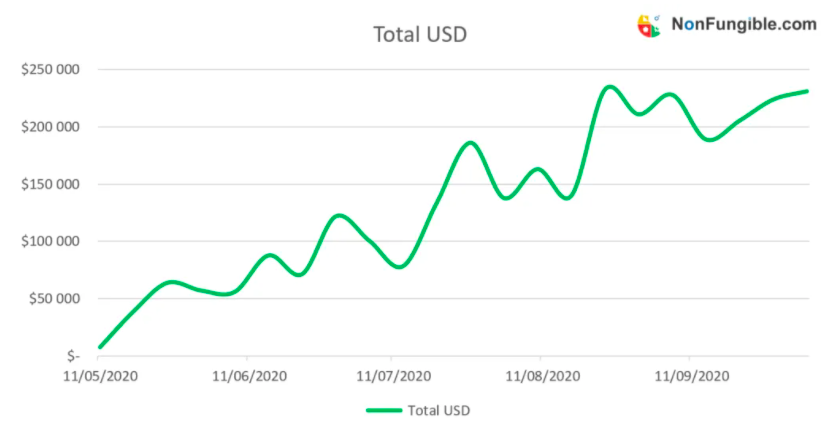 A short explanation of how the fantasy soccer game works: 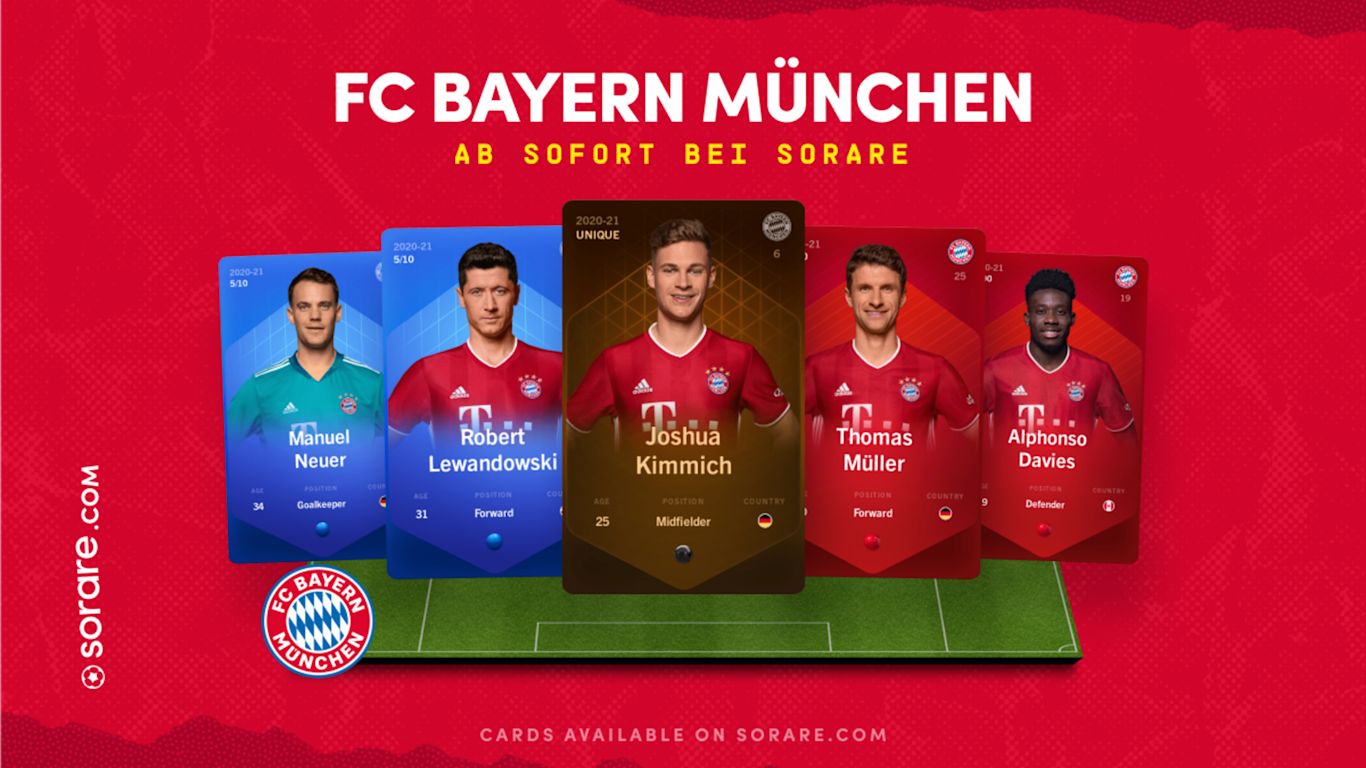 FC Bayern Munich has now also joined the blockchain project – as confirmed in an official press release. They have thus become the 102nd licensed club of the fantasy soccer game. Sorare has confirmed the entry of the current Champions League winner on Twitter.

“FC Bayern Munich always looks ahead and always keeps an eye on the well-being of its fans with innovations and newly created experiences. That’s why we decided to stay on the ball digitally and participate in Sorare’s unique fantasy football game. Football fans have been collecting and exchanging physical player cards for decades. From now on, they can enter the digital collector’s world with Sorare cards. Each digital player card is unique and is covered by the blockchain technology.” – FC Bayern Munich

Through games with so-called non-funglible tokens (NFTs), the blockchain technology is slowly finding its way into the mainstream. The gaming sector is one of the most receptive industries for new technologies. It is therefore no surprise that the blockchain technology is also being used in this sector. Also, a Japanese eSports team has recently announced that in the future they will pay their players in crypto currencies.