The rapid rise of the Terra stablecoin “UST” came to an early end when a liquidation cascade caused the price of the algorithmic dollar token to plunge to 60 cents. To regain control, the Luna Foundation Guard was forced to liquidate its protocol reserves.

TerraUSD (UST) is an algorithmic stablecoin; an alternative to traditional stablecoins like Tether (USDT) that are backed by fiat deposits of a private company. The underlying protocol from Terra uses a token-burning mechanism that creates financial incentives for arbitrageurs to maintain the 1:1 peg with the US dollar. This backing mechanism came into question over the past few days as too many actors tried to exit the ecosystem all at once.

Update 11.05.2022: Another de-pegging caused UST to plummet to around 22 cents, while LUNA’s market cap collapsed from $41 billion to less than $2 billion. According to Founder Do Kwon, Terra will rethink their algorithmic model and replace it with a collateralized mechanism.

With the general cryptocurrency market‘s price drop, UST began to waver for the first time this weekend. Since UST is directly linked to the LUNA token, short–term price movements can have a drastic effect on the peg. This happened during a time of low liquidity, causing UST to drop to 98 cents before recovering after market makers intervened. Combined with billions of dollars being withdrawn from the Terra stablecoin‘s Anchor protocol the next day, the same thing happened on a larger scale.

The drawdowns from the largest Terra DeFi product had a negative effect on confidence in the UST stablecoin, in addition to the price pressure, which is why liquidity providers (LPs) on decentralized exchanges quickly liquidated their positions. After 6 hours, leveraged position liquidations and panic selling drove the UST price down to 60 cents – nearly 40% lower than the planned dollar peg. When the largest cryptocurrency exchange, Binance, temporarily suspended LUNA and UST withdrawals, the algorithmic stablecoin was finally able to find a bottom.

The failure of the arbitrage mechanism has been a central issue for the Terra ecosystem for months. Against this background, the Luna Foundation Guard (LFG) – a board of Terra founders and investors – decided to diversify the protocol‘s reserves with 10 billion USD in Bitcoin. This capital is then to be used in the event of a loss of binding to support the UST price. In this way, the LFG accumulated Bitcoin worth around 4 billion US dollars with clear expansion plans.

The recent break–in brought these ambitions to an immediate standstill. Within one day, the entire reserves from the Luna Foundation Guard were transferred. A close conclusion that was loudly made on social media is that there will be a complete liquidation of Bitcoin reserves. This would confirm the recent fears that a loss of peg for the UST stablecoin would have impacts on the entire cryptocurrency market.

What does the future hold?

The price of UST is now 90 cents; still about 10% away from the proposed 1:1 dollar price. However, a certain stabilization can be observed and Terra founder Do Kwon announced a rescue plan for the protocol after a day of silence. It is not yet clear how this will look. Nevertheless, a massive loss of trust in the Terra ecosystem is to be expected. This is reflected in the massive drop in the value of assets held on the Anchor savings protocol – the UST use case number one: only 7 billion of the 17 billion USD are left and the withdrawals seem to be endless.

Although not only Terra suffers a loss of reputation for the “bank run“. As the largest algorithmic stablecoin with a market capitalization of 18.7 billion USD, UST took a leading role in the industry. The 40% drop is devastating for the vision of a decentralized stablecoin on the one hand, on the other hand it inevitably leads to the deterring of interested investors who have not yet dared the step into the cryptocurrency sector. In the end, even regulators, who can‘t really get along with stablecoins in the first place, are getting suspicious again. 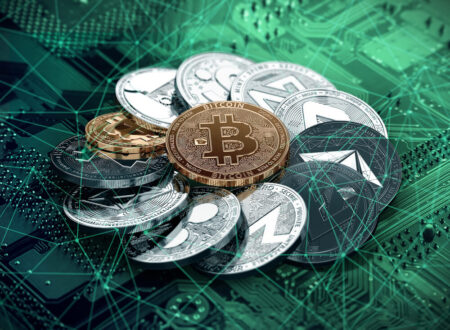