The revelation of a 10 billion deep balance sheet hole and the subsequential bankruptcy filing of FTX, formerly the second largest crypto exchange, shakes the entire industry. A story of success, hubris, debt and fraud on a billion-dollar scale comes to a tragic end.

Origins of Alameda and FTX 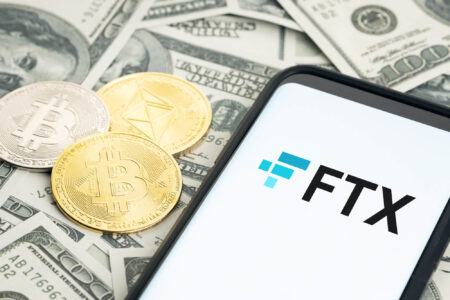 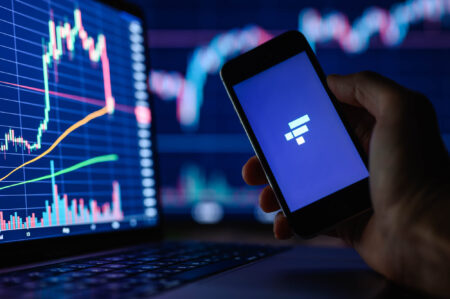 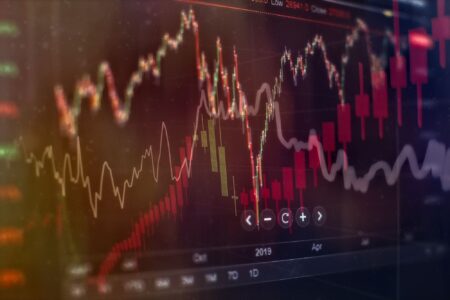 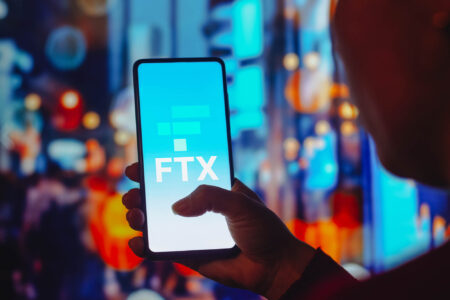 From 32 billion valuation to 0 in under ten days, the short version:

The beginnings of Alameda Research and FTX

To understand the current situation, some background on the history of SBF’s ventures is important. Namely, the former Jane Street trader ventured into the crypto markets only in 2017 – rather late compared to other successful figures in the industry. Experienced with arbitrage trading from the traditional financial world, Bankman-Fried recognized great potential in the still young and inefficient crypto industry. So, in the same year, he founded his own quantitative trading firm: Alameda Research. The company initially started with arbitrage trading between centralized exchanges, but quickly expanded its area of expertise in the directions of market making and venture capitalists.

After two successful years, the then 27-year-old entrepreneur was ready to launch his own exchange. A strategic investment from Binance, already the leading crypto exchange at the time, allowed FTX to establish itself early on as an innovator in the derivatives market space. With Alameda Research as a market maker, ample liquidity was provided. Everything seemed to be going perfectly for Bankman-Fried. His trading house grew into the double-digit billions, FTX was soon battling Coinbase for second place among crypto exchanges and thanks to thoughtful moves in the U.S. lobbying landscape, SBF was also exerting its influence politically. The highly-suspected relationship between Alameda and FTX was never questioned by regulators – possibly precisely because of its political efforts.

Crypto exchange FTX has had an impressive history. Founded only in 2019 “for traders, by traders,” founder Sam Bankman-Fried managed a rapid rise to the top 3 crypto trading exchanges, second only to the success story of Binance (founded in 2017, as of 2019 the highest volume crypto exchange). Celebrated and supported by funding rounds worth billions of dollars from notable crypto investors, the crypto exchange including SBF’s trading firm Alameda Research grew in remarkable steps. As late as 2021, the crypto exchange showed itself as a sponsor of various sporting events, including as a Mercedes Formula 1 supporter or as the namesake of the Miami Heats stadium.

FTT token: manipulability of the in-house token is becoming a downfall

The seemingly flawless success story was first called into question a few weeks ago. A leaked document exposed Alameda Research’s balance sheet, revealing a highly indebted company with billions of dollars in outstanding loans against the FTX exchange token FTT. Some $8 billion in debt was offset by $14.6 billion in assets, of which about $6 billion was invested in FTT and $3.3 billion in Solana tokens. Bad memories of the Three Arrows debacle resurfaced. As it turned out later, these loans were borrowed from the crypto exchange’s customer holdings.

Although the document was labeled “outdated” and “inaccurate” by both SBF and Alameda Research CEO Caroline Ellison, it caused many market participants to frown. Among them was one of its earliest investors and founder of rival crypto exchange Binance, Changpeng Zhao (aka CZ). Less than a week after the aforementioned document was circulated, the Binance CEO announced that their venture arm would sell the $500 million in remaining FTT. The decision was attributed to “recent revelations.”

As part of Binance’s exit from FTX equity last year, Binance received roughly $2.1 billion USD equivalent in cash (BUSD and FTT). Due to recent revelations that have came to light, we have decided to liquidate any remaining FTT on our books. 1/4

Just two days later, the fears were to come true. Users began making mass withdrawals from FTX in the billions and FTX was forced to stop withdrawals of larger sums. Panic set in. An initial collapse wiped out 30% of FTT’s market value and a few hours later an 80% liquidation spiral occurred. Market makers disappeared from the order books of most trading exchanges.

As the consistent collapse of the entire market proved, SBF’s construct was struggling for liquidity. What was dismissed as a rumor just a few days earlier proved to be reality within a painful short period of time. A formerly highly profitable crypto empire imploded due to over-leveraging with its own token. But the exact circumstances were not known to anyone at the time.

Negotiations with Binance quickly fizzle out

Then came the first official statement from Bankman-Fried. He confirmed the liquidity problems of his crypto exchange and announced a potential sale of FTX. He said that an agreement with Binance was in the offing, which provided for a complete takeover. However, it became clear rather quickly that the FTX implosion was much more than just a minor liquidity shortage due to illiquid positions. Just one day later, the deal was officially called off.

As a result of corporate due diligence, as well as the latest news reports regarding mishandled customer funds and alleged US agency investigations, we have decided that we will not pursue the potential acquisition of https://t.co/FQ3MIG381f.

Some public apologies from Bankman-Fried later, the bankruptcy petition was then filed. Over 130 companies associated with FTX and Alameda (called “the FTX Group” in the legal document) were affected, with SBF stepping down as CEO. The balance sheet hole turned out to be even more dramatic than feared. Nearly $10 billion in customer funds were missing from the exchange. Contrary to announcements made just a short time before, the fully U.S.-regulated subsidiary FTX US was also included.

Financial fraud on a large scale?

Continuing discoveries revealed the far murkier background to the debacle. According to a Reuters source, client funds on FTX have not been fully covered since the aftermath of the Terra Luna collapse. Alameda Research had been rescued in May/June 2022 after some bad investments with a $4 billion loan from FTX backed by the exchange’s own FTT token. Part of that had been pilfered from reserves for user holdings – which could be classified as theft, according to its own contract terms.

According to the same source, this was possible through a backdoor in the crypto exchange’s accounting software, which kept the billion-dollar transactions to the legally separate trading house from auditors. This was the only way FTX was able to raise an additional $2 billion at a valuation of $32 billion just a few months earlier. An investigation by the U.S. Justice Department is already underway, although FTX’s Bahamas headquarters could pose a hurdle to potential prosecution.

An illustration of crypto exchanges’ lack of transparency

How the insolvency proceedings will actually end remains to be seen. Nothing further is known about the situation of Alameda Research either. But the incident demonstrates the actual use case of the crypto industry once again. Intransparent, centralized financial constructs will always remain vulnerable to malicious attacks as long as human parties are involved. If nothing else, this reality animated Satoshi Nakamoto to launch Bitcoin in 2008.

The same causes of banking crises have been repeated within the crypto sector over the past few months. Questionable handling of customer funds, coupled with high-risk leveraged investments, brought down even the largest crypto institutions in stress situations. The industry needs clear regulatory guidance regarding crypto firms that hold client assets. In particular, the handling and transparency around client assets under management must be consistently defined to avoid cases like FTX and Co. in the future. Binance’s reserve disclosure is a step in the right direction, but the process is still too immature to derive a truly clear picture of reserves versus client funds.

Users of exchanges, venture capitalists and the regulator should learn their lessons from the matter. The crypto market differs from the traditional financial market not least by the absence of a central bank that would intervene in such “Lehman moments”. In principle, this is an advantage, although the short-term pain outweighs a bailout with freshly printed money in such situations for the time being. The trajectory of the new world of digital assets will feature bankruptcies in a free-market, battle-tested infrastructure where only the strongest survive. Venture capitalists will inevitably revise their due diligence processes and investors are likely to be more critical in their assessment of crypto startups in general. The market moves closer to the goal of maintaining a sustainable and blockchain-based transparent financial infrastructure with each bankruptcy of a key market player. The laws of the market play out, no zombie companies emerge that are artificially kept alive only because of an artificial money printing industry. What exists inherently in the DeFi market must extend to the central providers: “Dont trust – verify!”.

However, it is also becoming apparent that the crypto exchange sector requires more regulation when it comes to disclosure requirements. The SEC, for example, whose primary mandate includes protecting retail investors, would do well to learn from the case. Policies that require the sector to be transparent are more purposeful than spending years on a 1940s procedure that is supposed to provide an assessment regarding equity-like nature of individual tokens. Finally, it is to be hoped that criminally acting masterminds will be punished severely in order to deter potential imitators.

Ultimately, the individual crypto user must acknowledge the origins of cryptocurrencies. Bitcoin was created to guarantee the user a secure and ultimate custodial and transactional freedom of digital assets. With these very features, owners make themselves independent of third parties. The existence of centralized providers that have access to customer assets breaks this guiding principle. Owners of digital assets should accordingly know and implement the use of hardware wallets or professional custody methods. The crypto industry, on the other hand, has the task of integrating secure custody into applications as simply as possible and in a way that is suitable for the masses.

Recent developments in the FTX case:

Over the next few weeks, more events surrounding the FTX debacle will come to light and they will be recounted here in chronological order: 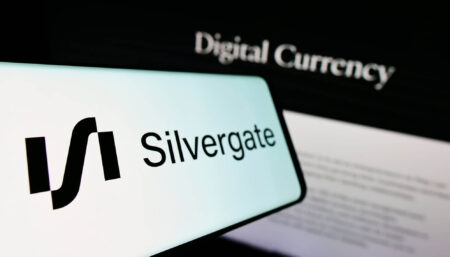