The second largest public Blockchain network Ethereum has undergone a remarkable development. The smart contract platform is growing steadily and has already been able to reinvent itself a few times in its still young history. A review and outlook.

Ethereum is more than just a digital currency. The Ethereum network represents a specialized, decentralized and globally accessible platform for distributed computing. Its own currency (ETH or Ether) serves as “fuel” to execute the code within the platform and is also paid to the miners as a fee to secure the network. Via so-called “smart contracts”, applications can be executed on the open source blockchain platform. Smart contracts are computer programs that automatically execute the necessary actions to achieve an agreement between several parties via the Internet. The Ethereum platform serves as a basis for numerous cryptocurrencies and decentralized applications. In contrast to Bitcoin, Ether does not have an upper supply limit.

The Ethereum white paper was published in late 2013 and the project was officially announced at a Bitcoin conference in early 2014. Vitalik Buterin, co-founder of Ethereum, started designing the protocol due to some limitations in the Bitcoin protocol. The project was officially launched in mid-2015 with the informally declared goal of supporting “unstoppable applications”. In 2016, Ethereum was split into two separate blockchains (hardfork) due to the exploitation of a software bug (DAO Hack). The new, separate version became the Ethereum (ETH) blockchain known today, the original chain was continued as Ethereum Classic (ETC).

Ethereum has its own native programming language called Solidity. Its permissionless nature allows all developers to run their applications over the network. These applications (dApps) are executed on the Ethereum virtual machine and can be accessed and used by anyone at any time via the Ethereum blockchain. In addition, it’s possible to create Ethereum compatible tokens that represent a value on the blockchain. These tokens can be transferred inside of the network and used within the applications. They are an important component for the ecosystem. The spectrum of applications on the Ethereum blockchain ranges from distributed financial applications, games, casino applications and social networks to hybrid tokens from other cryptocurrencies or stablecoins. The currently dominant use cases are those with a financial component.

The Ethereum blockchain was first widely used because of the possibility of issuing so-called ERC-20 tokens. ERC-20 is a protocol standard that defines the rules and functionality of a token on the Ethereum blockchain. Starting in 2016, ERC-20 tokens were increasingly issued to investors via “Initial Coin Offerings (ICOs)” by start-ups in the blockchain space for the purpose of raising capital. The first successful use case of the Ethereum Blockchain ended in hype at the end of 2017 and attracted a number of immature or dubious projects, whose tokens ultimately became worthless. But equally large and exiting projects took advantage of the opportunity to raise capital via ERC-20 tokens, including EOS, Binance, Tezos and Chainlink. Similarly, the largest stablecoin by market capitalization, Tether (USDT), is also an ERC-20 token.

Token growth on the Ethereum blockchain

Due to the explosive increase of Ethereum compatible tokens, standardization became more and more important. The fungible token standard ERC-20 implemented a standard interface that simplifies the exchange of arbitrary ERC-20 tokens and the integration of ERC-20s into crypto-wallets and dezentralized applications (dApps). In early 2018, ERC-721 was additionally introduced as an official standard, which is a set of tokens that can be used specifically to represent unique, non-fungible, digitally restricted tokens. They are suitable, for example, for collector applications and are becoming increasingly popular. Since then, the pace of the Ethereum token and transaction growth has accelerated.

DeFi, the next evolutionary phase after ICOs

Particularly in 2020, a rapidly growing new branch of applications has developed on the platform. This is the field of decentralized financial applications (DeFi). In general, this refers to Ethereum-based applications (dApps) that offer financing in the form of smart contracts against crypto-asset collateral. In the DeFi space, traditional financial services are transformed into trustworthy and transparent protocols that do not require intermediaries.

The spectrum of applications in the DeFi area is endless. Secured lending, decentralized stablecoins, derivatives, decentralized exchanges – the choice of applications is very diverse. The “lending” space, i.e. the granting of credit against crypto assets as collateral, is the currently dominant use case. Lenders provide capital in the form of stablecoins, which are normally tied to the value of the US dollar. On the other hand, borrowers accept these loans by providing collateral in the form of Ethereum, or other cryptocurrencies as pledge. The provision of liquidity for decentralized exchanges or decentralized stablecoins also takes up a large part of the DeFi field. As remuneration for the collateral/liquidity provided, interest and fees are paid, just like in the traditional financial sector. The mechanisms in the DeFi field are mostly decentralized via smart contracts and there is no middleman.

Currently, the DeFi space has almost 15 billion USD in locked cryptocurrencies serving as collateral. The area experienced an exponential growth mainly in 2020.

Ethereum 2.0 is the next version of the Ethereum blockchain. The update, also known as ETH2 or “Serenity”, should become more efficient and scalable thanks to a change in the consensus algorithm and other improvements. The upcoming ETH 2.0 ecosystem, which allows staking of coins, will be introduced in seperate development steps over several months. Phase 0 is expected to officially start on December 1 and will allow network participants to perform initial staking.

The implementation of Ethereum 2.0 has the overall goal of ensuring the growth of the blockchain. Current scalability is limited by the Proof of Work (PoW) consensus algorithm. The update is designed to prevent future network bloat due to high usage, allowing the ecosystem to operate faster and with lower fees. However, it will still take some time until the implementation is completed.

The Enterprise Ethereum Alliance (EEA) was founded at the end of 2017. Its goal is to bring together Fortune 500 companies (e.g. Microsoft, Intel, JP Morgan and BP are members) and smaller startups with Ethereum experts. The aim is to simplify and accelerate blockchain adoption for traditional companies. In their own words:

“The EEA is a member-driven standardization organization whose mission is to develop open blockchain applications to drive harmonization and interoperability for businesses and consumers worldwide.”

In cooperation with the EEA, the US investment bank JP Morgan, for example, has developed software for its own blockchain platform Quorum. The project has recently merged with one of the largest blockchain technology companies, Consensys. Among the 30 founding members are the Swiss banks Credit Suisse and UBS.

The transaction fees in the Ethereum network are referred to as “gas“. This is a small amount of Ether (ETH) that is paid to the miners to process the transaction. Every user has the possibility to set the fee manually. Since the miners want the highest possible reward for their work, transactions with higher gas are processed first. So with many transactions and high activity, the fees can increase exorbitantly.

To solve this problem, Ethereum co-founder Vitalik Buterin and other developers worked out the Ethereum Improvement Proposal (EIP) 1559. This would automatically adjust the minimum fee to network activity, similar to Bitcoin, and introduce a maximum fee.

Unlike Bitcoin, Ethereum has not pre-programmed a supply limit of Ether in its protocol. EIP-1559 also contains a key adjustment according to which a part of the transaction fees is to be “burned” in the future, which in the long run could even have a deflationary effect on the total amount of Ether. If and when this suggestion will be implemented is still unclear. An introduction of inflation-limiting mechanisms would have a medium-term impact on the ether price. Therefore, developments of EIP-1559 are closely monitored by many market participants.

With Ethereum 2.0, Ethereum is facing an important point in its history. The blockchain network has matured a lot since its inception and is the blockchain with the most adoption, innovation and development. The network has a broad and well established ecosystem. The Enterprise Ethereum Alliance makes it easier to integrate companies into the blockchain infrastructure – an important cornerstone for further development. Accordingly, active use is the bottleneck of growth. Changing the mechanism to Proof of Stake (PoS), which guarantees appropriate scalability, is a big step. There may still be some complications until the implementation is completed.

The fact that development on the Ethereum blockchain is not subject to approval can lead to a situation where applications that are not fully developed or have not been tested get exposed to a large user base. Programming errors or bad intentions of the dApp developers can thus cause extensive consequences for the affected users. In particular, the fast growing DeFi space with the deposited securities involved is at risk by the hype. An incident with many victims analogous to the DAO Hack would directly affect the reputation of the Ethereum blockchain.

I continue to be worried about the fact that these wrapped BTC bridges are trusted….. 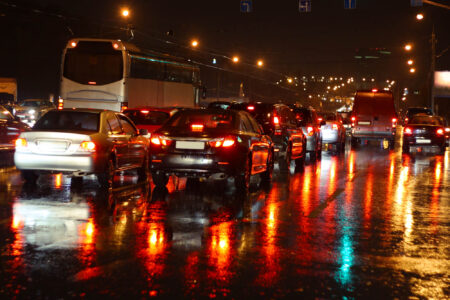