A decentralized autonomous organization (DAO) is a group that coordinates through a common set of rules enforced directly on a blockchain. DAOs can therefore be compared to traditional businesses whose decisions are found in a decentralized manner.

One of the main advantages of a DAO is that it is more transparent than conventional companies, as all actions and financing in this association can be seen by everyone. This significantly reduces the risk of corruption and censorship. Listed companies are required to provide independently audited financial statements, but shareholders only get a glimpse of the organization’s financial health at any given time. Because the balance sheet of these organizations exists on a public blockchain, it is fully transparent at all times, down to the individual transaction.

In general, these decentralized associations are globally accessible and have lower barriers to entry than companies. Given the transparency and lower barriers to entry, the switching costs for DAO members who disagree with the rules and measures are lower. DAOs that have a similar mission may have to compete for members and have an incentive to be as transparent as possible and not extract too much profit from the group. To meet the needs of participants, they must also evolve quickly.

Vitalik’s basic concept of a DAO

“The ideal of a decentralized autonomous organization is easy to describe: It is an entity that lives on the Internet and exists autonomously, but also relies heavily on hiring people to perform certain tasks that the automaton itself cannot do.” – Vitalik Buterin, Ethereum Foundation Blog

The ConstitutionDAO was a showcase experiment of a “single-purpose DAO.” With the goal of purchasing one of 13 original copies of the U.S. Constitution at auction at Sotheby’s, the founders organized a token sale. Each PEOPLE token owner, after successfully purchasing the Constitution, would have been able to vote on the future of the collectible. For example, which museum would be allowed to display the constitution, or what message should be shared with the world. The mission brought together thousands of people who contributed over $45 million to ConstitutionDAO. Although it looked to many like the project was successful, hedge fund manager and Citadel founder Ken Griffin snatched the Constitution from under their noses. The PEOPLE tokens could be exchanged back into Ether, but the DAO no longer had a continuing mission.

Two similarly successful organizations are FreeRossDAO and AssangeDAO. The former raised nearly $12 million to buy out the artwork of former Silk Road founder Ross Ulbricht and provide financial support to the life-term prisoner. FreeRossDAO members can vote on the future of the works and want to support the movement in favor of Ulbricht’s release. Inspired by this DAO, AssangeDAO successfully raised $55 million to bid on the NFTs of WikiLeaks founder Julian Assange. The money bid is intended to help him with his legal fees and support campaigns that “raise public awareness of the systemic failures of our justice systems.”

After Patreon stopped crowdfunding for Ukraine, a UkraineDAO formed over the weekend of the first Russian attacks. The spontaneous but global fundraiser was coordinated by members of the investment group PleasrDAO, the studio Trippy Labs, and the Russian artist collective Pussy Riot.

our goal is to raise funds to donate to Ukranian civilian organizations who help those suffering from the war that Putin started in Ukraine.

we'll be buying an NFT of Ukrainian flag.

The DAO auctioned a simple NFT of the Ukrainian flag, and in exchange for a donation, participants received a number of Ethereum-based tokens. The funds raised will then be used for charity and to support those affected by the Russian-Ukrainian conflict. UkraineDAO thus accounted for a significant portion of the more than $50 million in cryptocurrency-based donations to Ukraine.

Various other types of decentralized undertakings

After a long period of charitable DAOs, investment clubs also flipped the switch, allowing members to focus on generating a return. While these DAOs come with far more legal restrictions than a charitable DAO. Nevertheless, they have been able to prove that any group of individuals can join together to invest larger amounts of capital with low barriers to entry. Such investment DAOs allow members to pool capital and invest in a manner similar to traditional hedge funds. One example of such a DAO is Yearn Finance.

Most decentralized applications on Ethereum-based blockchains are also listed as DAOs. One of the first prominent examples was MakerDAO, whose mission is to issue the decentralized stablecoin DAI. Pioneers in other sectors of the DeFi space are also run in a decentralized manner. For example, holders of the UNI token can vote on new features of the largest decentralized exchange Uniswap, AAVE holders have control over the most popular credit protocol, and the RUNE token controls the THORChain interoperability project.

From grants to payroll, token swaps to M&A, the next wave of DAOs will show why Web3 governance can be a complete paradigm shift. Very soon, we could see a world where DAOs organize many new businesses. It is entirely possible that tokens will replace equity in these cases, and with it the old legal structures that underpin them.

There are a number of tools for creating and coordinating DAOs so that members don’t have to build everything from scratch. Snapshot, for example, allows token holders to spread out proposals and have them voted on. Deep DAO displays various metrics of DAO ecosystems and clearly shows the activity of a wide variety of organizations. Other examples include:

All those tools aim to facilitate the transition from traditional companies to decentralized organizations (DAOs). Although they will not entirely replace the traditional corporate model, it seems inevitable that, at least in the crypto industry, a substantial portion of all projects will decentralize their decision making. 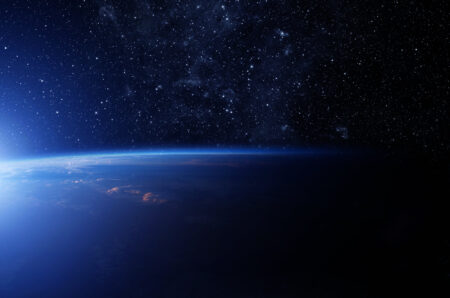 Cosmos: a network for blockchains 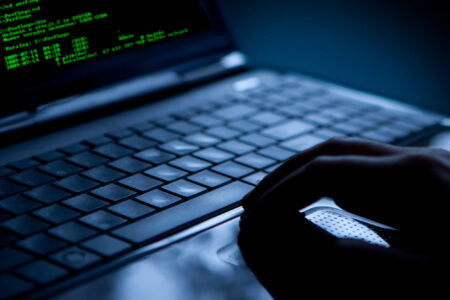